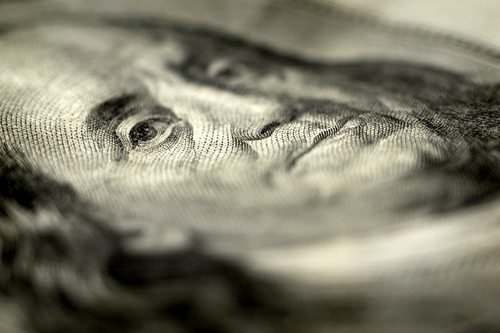 Mike Edwards has worked in and around big money, having been the director of the Governance and Civil Society program at the Ford Foundation after positions with the World Bank, Oxfam-GB, Save the Children, and more. In his distinctive web magazine, Transformation, with its tag line, “where love meets social justice,” Edwards recently completed a series of articles on the simultaneously positive and pernicious role of money in the transformation of society and, explicitly, in the contours of civil society.

The culminating piece was his own essay, “It’s Time to Put Money out of Its Misery,” which held a hopeful perspective that money could be corralled to work for social change even though, as noted in the series’ other articles, including one by small business owner Steve Consilvio, “‘Growing the economy’ or ‘market-based solutions’ actually make things worse…more growth produces more disparities to scale…Greed is not a virtue.”

Edwards asks, “Is money part of the problem or part of the solution?” Our question would be, is it money itself or the ownership or control of money? He suggests that part of the answer lies in thinking “outside the box” to change the principles, structures, and behaviors that undergird inequality and poverty.

“To do this we have break free from the limitations of money as we know it, and embark on a different journey—to invent new systems and institutions that start from another set of premises about ownership, value and control. To ‘think outside the box,’ it helps to be outside the box.”

But Edwards fully understands the downside: the problem of corporatization. “Even when attempts are made to change the values and principles that underpin this system,” he acknowledges, “they can be easily coerced or co-opted by traditional, commercial interests. Hence, Avis buys [the world’s largest car-sharing network] Zipcar as part of a trend towards the re-privatization of the sharing economy, and of other innovations that are trying to break free from the constraints of existing financial and economic structures.”

Is it possible to create successful new systems and institutions that do not simply get absorbed into the bloodless, soulless corporate world? One aspect of the problem is corporation- and money-dependent funders and nonprofits reflecting, sometimes in contrast to what they’re trying to achieve, “the same problems at a smaller scale: inequality, centralized control, and competition.” Edwards calls for alternatives to the corporate world—nonprofit businesses becoming the norm rather than the exception, “shared decision-making” as the essence of nonprofit operations, and funding from a “new breed of funders that don’t rely on inherited wealth, and who put decision-making power in the hands of those who sit at the sharp end of injustice and exploitation.”

Admirable for his social justice ideals, Edwards’ ideas go against the flow of today’s NGOs and funders. Despite their rhetoric of social justice, they are devoted to business principles embedded in a structure of “social enterprise.” Funders are increasingly top-down despite their language of bottom-up, increasingly refusing unsolicited proposals, and increasingly functioning like operating rather than grantmaking foundations. The experiments promoted by the nation’s top foundations, like social impact bonds, increasingly aim to generate wealth for private investors (such as Goldman Sachs) at the expense of resources generated and paid by government. The idea of shared decision-making may be espoused by some grantmakers, but it is an anomaly in foundation practice, especially among those new foundations whose tiny boards of family members reflect the lack of democracy in modern philanthropy.

Can the dependence of nonprofits on corporate money or philanthropic institutions born of corporate money really promote the kinds of principles and institutions that truly counter inequality and poverty? We go to funders like Nike for support of women’s issues while the corporate parent exploits women in sweatshops in developing countries. We go to bank foundations such as Bank of America to promote community development as the banks and Wall Street draw record profits, foreclose on millions of homeowners, and excise wealth from lower-income communities. We look to foundations established by pharmaceutical companies, which rank among the largest corporate grantmakers in the nation, while they and other health corporations define healthcare as dependent on treatment and resources that rely on their ability to generate profits. We argue for improved conditions for America’s working people while we line up for grants from the Wal-Mart Foundation. It’s just the way it is.

As Edwards concludes, the key is “to increase democratic ownership and control over money, finance, and decision-making over funding…[it’s] the only way to break the power of elites who have little interest in transforming an economic and political system that has placed them at the top of society.” Will nonprofits be able to look at their moneyed benefactors and effectively and consistently challenge how they generated their wealth and argue for uses of their largesse that undo their control? Will funders support long-term grantees that pledge to undo the individual and corporate wealth that stands behind institutional philanthropy? Or are nonprofits really destined to play at the margins of fundamental social change that will only emerge from community-based solutions wrought by populations that are typically outside of the system of institutional philanthropy, major individual giving, and the parts of civil society that are linked to the big funders?

In political theory, there has long been a debate as to whether political freedom can exist without economic freedom. In civil society, it may be that socially productive use of money cannot truly be achieved without collective, democratic control of money. Edwards seeks a future in which “money becomes a source of personal fulfillment and of social justice, of unity and solidarity and joy.” The answer may be in releasing money from the control of social justice-oriented philanthropic oligarchs and putting it under the authentic control of the people and communities social justice philanthropy purports to serve.