Can the Ford Foundation Really Attack the Roots of Inequality? One Reaction 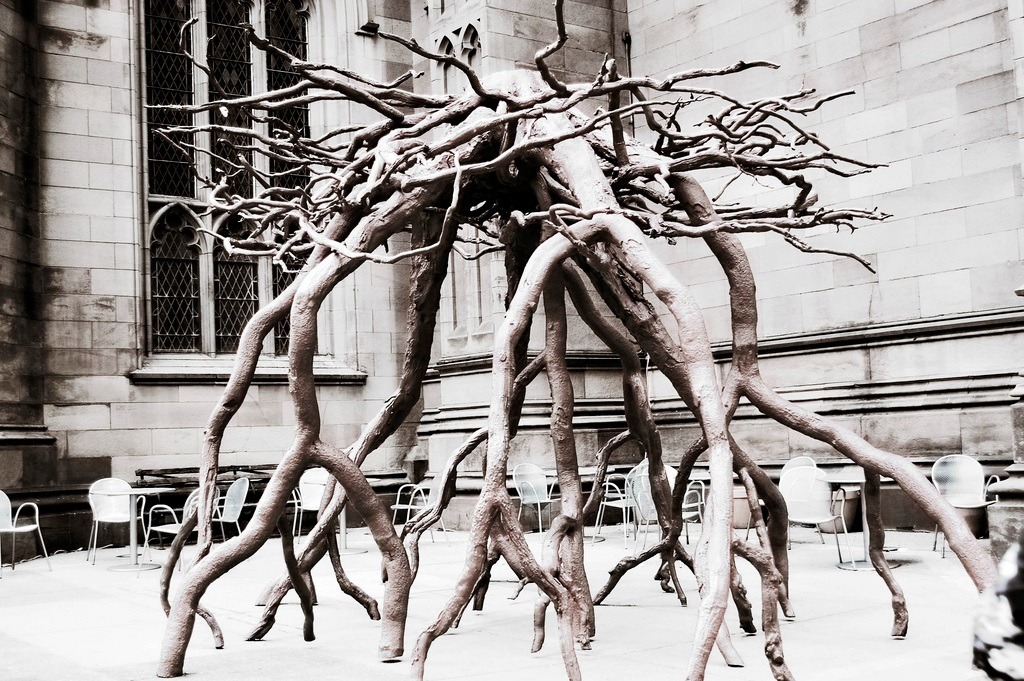 Based on the description of her new book, The Self-Help Myth: How Philanthropy Fails to Alleviate Poverty, Erica Kohl-Arenas, an assistant professor at the New School in New York City, was bound to have fabulous insights into the new Ford Foundation announcement of its mission commitment to, in Darren Walker’s words, “attack inequality at its roots.”

“Across the twittersphere, philanthropy insiders are congratulating the Ford Foundation for its recent announcement to commit all grantmaking to tackling inequality,” Kohl-Arenas writes. “But is this move as new or as bold as many people think? Haven’t we been here before?” She might have even asked, hasn’t the Ford Foundation been here before? She points out that, “Along with many other American foundations, they have failed to deliver on their promises at many previous points in recent history.”

Consistent with the theme of her soon-to-appear book, Kohl-Arenas looks at previous Ford Foundation initiatives, including the widely touted Gray Areas initiative led by Ford’s Paul Ylvisaker, and suggests that they steered away from taking on the problems of structural poverty. She suggests that the Gray Areas program, which gave rise to the War on Poverty and the network of community action agencies that emerged during the Johnson administration, “cooled tensions and redirected local leaders toward improving their own individual behavior.” As an example, she cites “programs [that] were defunded when partners from the Black Panthers demanded leadership positions on the stakeholder committees that governed the project.” She sees the Panthers as having been “interested in collective self-determination and resistance to social, economic, and political oppression in a ‘colonized ghetto’ under global capitalism” and contrasts the Panthers with “American philanthropists from Andrew Carnegie to Paul Ylvisaker [who] have promoted the tradition of individualized ‘racial uplift’ or ‘self-help’ that calls for assimilation, upward mobility, and ‘social responsibility’ among poor families and neighborhoods that are often pathologized.”

The somewhat-romanticized view of the Panthers and her self-help dismissal of the Gray Areas program notwithstanding, Kohl-Arenas then links Ford to efforts to support Cesar Chavez in his organizing of Chicano farmworkers while steering Chavez away from organized labor. The correspondence she cites comes from Leslie Dunbar of the Field Foundation, but she indicates that the Ford Foundation (and the California-based Rosenberg Foundation) were part of the back and forth with Chavez over his ties to the AFL-CIO. Here, too, there is much to debate concerning the politics of the AFL-CIO led by George Meany during the time that Chavez was dealing with Ford, Rosenberg, and Field, but there is no history known to this author of much affinity from philanthropy—or, more broadly, from much of the nonprofit sector—for union organizing. Outside of nonprofit hospitals and universities, nonprofits tend to abjure union organizing, not just organizing directed at other sectors, but particularly organizing that might actually occur in nonprofit organizations themselves.

It should be noted, however, that in recent years the Ford Foundation has provided support to workers centers and labor organizing efforts in the restaurant industry across the nation, in the construction industry in Texas, among domestic workers, and in the homecare and personal assistance workforce. Included in Ford’s grantmaking in this area have been grants of $699,000 to the New Orleans Workers Center for Racial Justice in 2013, $1.5 million to the National Domestic Workers Alliance in 2014, and $1.2 million to the National Day Laborer Organizing Network also in 2014.

Kohl-Arenas extends her critique of Ford’s potential commitment to eradicate inequality to the programs of such foundations as the Bill and Melinda Gates Foundation, the Broad Foundation, and the Walton Family Foundation, which she contends “have avoided confrontation with systems of power and privilege, and in some instances have produced new relationships of inequality.”

So what does she think philanthropy focused on eradicating inequality should do? She cites Detroit’s centenarian activist Grace Lee Boggs, who she says called for “full-scale cultural renewal” in contrast to “the kind of reformist politics that are practices by most American foundations.” That renewal seems to be tied, in Kohl-Arenas’s view, to “recreating the very notions of work, education, and safety in ways that are both individually satisfying and collectively beneficial…by protesting against unjust institutions and by creating new cooperative systems that are owned by, and operate in direct service to, local communities.” Her prescription sounds a lot like the political agenda outlined by Peter Dreier of Occidental College in Nonprofit Quarterly earlier this year, addressing the limitations of free market solutions advocated by many foundations and nonprofits, combined with the advocacy for alternative economic structures explained in the pages of Nonprofit Quarterly by Gar Alperovitz from the University of Maryland.

Kohl-Arenas expands her recommendations for philanthropy, or perhaps for Ford, calling for “wholesale changes in governance, accountability, decision-making and the culture of philanthropy,” perhaps meaning that philanthropy itself should be democratized, though she doesn’t explicitly say how. Not only does philanthropy emerge and receive its capital from the global capitalism she decries, philanthropic institutions have to be among the least democratic institutions in American society, subject to minimal public oversight and to exceptionally limited input from their stakeholders and the public at large. She adds, “It also requires full trust and support for the independent, broad-based social movements of our time: #BlackLivesMatter and #Fightfor15; movements against the privatization of public schooling, mass incarceration, and unchecked capitalist development; and struggles for immigrant, transgender and indigenous rights, global labor and environmental justice, and community-based cooperative development.”

Fundamentally, Kohl-Arenas is asking whether Ford individually or philanthropy overall can undertake a wholesale change of the American economy. Of course, the answer has to be “no.” Foundations are creatures of and integral components of the social and economic system she is criticizing. Looking at Darren Walker’s articulation of the new Ford strategy as well as the explanations offered by Ford executives to NPQ’s Ruth McCambridge, Ford is talking much of the language that Kohl-Arenas is using, but both have to think about the deployment of philanthropic resources in a way that makes sense and doesn’t end up caught in a sea of rhetorical demands that don’t add up to effective philanthropic intervention and action.

In her article, Kohl-Arenas says she will be watching to see how Ford carries out its new mission. At NPQ, we will, too, but our focus will be on what Ford actually does on the ground, how Ford manages its commitments to eradicate socioeconomic inequities along with the other issues Kohl-Arenas listed, what interventions make the most sense for Ford (and the philanthropic partners it is assiduously recruiting), and whether the foundation is consistent in the application and implementation of its new mission—from its home community of New York City, to Detroit, where its parentage earned its billions and its “Grand Bargain” helped the Motor City out of bankruptcy, to its presence around the world.—Rick Cohen