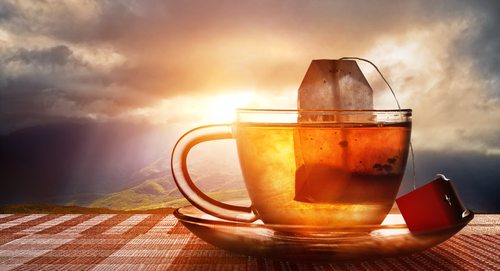 Here’s an odd story from the city of , Indiana, a community of some 80,000 a little north of . In all likelihood, citizens of might have imagined the Tea Party as a political phenomenon aimed at federal and state elections, notably the unseating of Representative Eric Cantor (R-VA) and the near defeat of Senator Thad Cochran (R-MS). They might be surprised that the Constitutional Patriots, a Tea Party-affiliated group in Carmel, has taken aim at the Carmel City Center Community Development Corporation, a 501(c)(4) established by the city to supplement the mission of the Carmel Redevelopment Commission.

The functions of “4CDC” are to collect rent from commercial tenants at the Center for Performing Arts and another downtown property, distribute rent subsidies to businesses in the Carmel Arts & Design District, and otherwise assist the Redevelopment Commission. According to the Current in Carmel article, there are some financial issues that might merit a dose of transparency, such as an effort of the city to allow Tax Increment Finance (TIF) funds to be used for operating expenses by the CRC, awarding TIF dollars to 4CDC and then having 4CDC regrant the funds back to the Redevelopment Commission.

A surprising advocate for nonprofit transparency, the Tea Party group Constitutional Patriots wants to make 4CDC’s books open to any member of the public. Essentially, Constitutional Patriots wants 4CDC to comply with the Indiana Access to Public Records statute. Patriots co-founder Dwight Lile spoke in front of the City Council and submitted a letter that said, “I fail to see how open disclosure of the financial operations of the 4CDC will be injurious to their mission.” He argued that the contention that 4CDC’s financial dependence on Tax Increment Finance funds was essentially the same as public funding, and that “to say that the funds are derived from any source other than the public is a contrivance.”

Carmel Mayor Jim Brainard countered with explanations why the CDC should be considered exempt from the open records law. The mayor also indicated that at least one ordinance was passed after the CDC received grant support and could not legally be applied to the CDC ex post facto. The mayor further said that the CDC was a model of transparency, making “its records and meetings accessible to the public and the media, unlike every community development corporation with which I am familiar,” and suggested that he was unaware of any request for 4CDC public records being denied. However, Current in Carmel immediately identified its request for a list of all of the properties that 4CDC owns, rents, subleases, or maintains and all of the subsidies the CDC had paid to businesses in the Arts & Design District, but the CDC did not provide the paper with records.

It’s interesting to see the local Tea Party affiliate pushing for disclosure at the municipal level when its congressional allies haven’t been one iota as arduous in their efforts for disclosure on national issues like campaign finance contributions. Nonetheless, most people know that when governmental entities create 501(c) arms, sometimes it is to do things that government cannot or do things that government can’t do as flexibly, but sometimes it is to take some activities out of the realm of public disclosure. Legal arguments about what does or does not constitute a trigger for open records compliance or whether laws that were passed after an event should be enforced ex post facto don’t really do the trick. The challenge for Carmel and for all municipal governments that set up 501(c) arms is to live up to an ethic of transparency even if the laws don’t mandate it.—Rick Cohen