Catholic Diocese Sets Up Program of Legal Services for the Poor 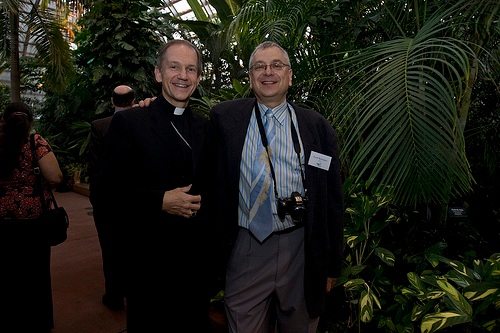 Here’s a distinctive use of donated assets by a religious charity. Based on $1.5 million from the sale of donated stock, Bishop Thomas Paprocki of the Springfield Catholic Diocese announced the creation of a legal services program for poor people. Caritas Legal Services will address what Paprocki called the “widening ‘justice gap’” between people who can and cannot afford legal assistance.

A lawyer who was admitted to the Illinois Bar in 1981, Paprocki has wanted to develop this kind of program since he took over the Springfield diocese in 2010. As a lawyer, Paprocki actually co-founded the Chicago Legal Clinic. Having seen the economic devastation in his Chicago south-side parish caused by the closing of steel mills, Paprocki affirmed that “civil legal aid can be a lifeline that enables families to save their home from foreclosure or eviction, recover back wages from an employer, secure disability benefits or provide protection in domestic violence situations.”

Intended to serve the 28 counties of the diocese, Caritas Legal Services will work on receiving volunteer lawyer who would each take no more than two cases a year. The executive director of Catholic Charities, Steve Roach, explained the need for Caritas by the numbers—only one legal aid attorney available for every 6,415 lower-income people.

Beyond the initial start-up capital, Bishop Paprocki announced the Lex Cordis Endowment Campaign that will build on the original charitable donation.

A model for Bishop Paprocki’s initiative might be the Archdiocesan Legal Network (ALN) operated by the Archdiocese of Washington, D.C. This quarter-century-old pro bono legal assistance network, according to its 2011-2012 annual report, had 1,145 volunteer lawyers and placed 824 cases in its docket system for the fiscal year.

It may be part of the untold story of what Catholic churches deliver for poor people. A number of Catholic dioceses, such as Grand Rapids, El Paso, and Charleston, offer programs of immigration legal services, often a scarce resource in many regions through other overtaxed legal services providers.

Perhaps more important is to recognize that, as the foreclosure crisis demonstrated, many poor people with serious needs will often go to their church pastors for advice before they turn to any other resources. The idea that the church would be able to make a trusted referral may be a very useful function for the other-than-sacerdotal functions of a religious institution. If more Catholic Dioceses choose to emulate Bishop Paprocki and the Springfield Diocese in its use of these charitable resources, more power to them.—Rick Cohen