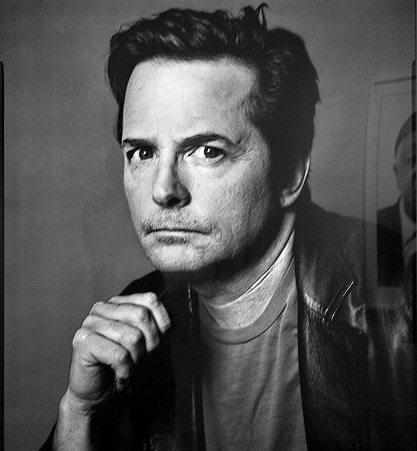 Why is it that the Michael J. Fox Foundation always seems to strike us as the exemplary celebrity charity? Maybe it is that Fox, who suffers from Parkinson’s disease, is constantly out there raising money for Parkinson’s research and promoting awareness, despite the effect it is having on his body. The actor who gave us Marty McFly could have chosen a different path for dealing with his affliction, but he chose to put his body and his energies into finding a cure in a way that feels just so different from so many other “celebrity” and “cure” charities.

We were recently reminded of this by a story about two teens from Henderson, Nev. who raised some money (not a lot) for the Foundation and were recognized not only by Fox himself, but by the new talk show hosted by Katie Couric. The two teens, high school seniors Ryan Popowcer and Joseph Maurer, held a couple of small fundraisers for the foundation, fighting through skepticism that they were simply out for a scam, and got invited to appear on “Katie” with Fox himself. The kids weren’t drawn by a commitment to dealing with Parkinson’s. Rather, they were fans of Fox’s from “Family Ties” and Back to the Future. Watching Fox’s television appearances as he dealt with the tremors of his advanced Parkinson’s, the two learned about a disease that they had never heard of and they were motivated to participate in charitable fundraising because of the commitment of the celebrity they both admired.

While we congratulate Fox, Popowcer, and Maurer for their good work, why does the Michael J. Fox Foundation consistently strike us as a model for celebrity charity? We particularly like and appreciate the very up-to-date listing of specific funded research grants, all very serious research projects, such as this recent grant to two researchers in Toronto: “Comparative Biostudy: A Two-dose Active Comparator, Randomized Cross-over Phase I Trial to Examine the Single Dose Pharmacokinetic Profile of Sublingual Administered APL-130277 as compared to Apokyn in Healthy Volunteers.” Since it was founded in 2001, the Michael J. Fox Foundation has generated $304 million for Parkinson’s research and supported 51 clinical trials. —Rick Cohen