Celebrity Fundraisers: It’s Not Just the Cause That Benefits 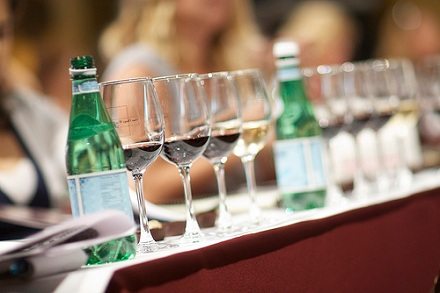 In his writing on who rules America, political scientist G. William Domhoff posed four questions as indicators of political power. These questions could just as easily be asked of celebrity fundraisers such as those attending the 26th Carousel of Hope, a black-tie ball to raise money for the Barbara Davis Center for Childhood Diabetes with the likes of George Clooney, Jane Fonda, and Magic Johnson—or the Black Ball put on by Alicia Keys to benefit the AIDS treatment programs of Keep a Child Alive.

Domhoff asked, “(1) who benefits in terms of having the things that are valued in the society? (2) who governs (i.e., sits in the seats that are considered to be powerful)? (3) who wins when there are arguments over issues? and (4) who has a reputation for power (i.e., who stands out in the eyes of their peers)?” Not bad questions for celebrity charity fundraisers, eh?

This Associated Press article reveals some of the less obvious benefits of celebrity charity, beyond getting fancy meals, imbibing good champagne, and seeing Keys, Neil Diamond, and Beyonce perform. First, corporations get lots of charitable tax write-offs for donating whatever they can donate. Individuals buying tickets to join the soirees get to deduct the tickets’ fair market value—for the Carousel of Hope, that’s $500 a ticket. Purchasing ads in the souvenir book (costing as much as $12,500 for some ads) can also be charitable or business expense write-offs.

Performers who participate and sometimes donate their time, according to Los Angeles tax attorney David Wheeler Newman, sometimes do so for unseen benefits—to gain favor with people in positions of power who might offer other paying gigs such as movie or TV roles. For some celebs, the charity circuit burnishes their public image or erases questionable past images; the AP article cites Angelina Jolie, who “went from wild child to global do-gooder by lending her support and her famous name to humanitarian causes.” Dorie Clark, described as a marketing and branding consultant, added another image element: “It’s a way for them to prove they’re smart and they’re serious in an industry known for its vapidity.”

The attraction to buy tickets to celebrity charity events isn’t just the tax write-off. Certainly some wealthy donors show up because they believe in Barbara Davis’s work on diabetes or Alicia Keys’s efforts on AIDS in Africa and India, but there is also, for some, the “coolness” factor. “Everybody wants to say, ‘Oh, I met George Clooney,’” Clark said. “For the rest of your life, you get to tell a story that makes you look cool at cocktail parties.”

Dan Borochoff of Charity Watch, nee the American Institute of Philanthropy, described the motivations of the celebrities, the corporate donors, and individual ticket-buyers as a mix of altruism and “enlightened self-interest.” The Domhoff questions apply when one considers who benefits, and how much, from celebrity charitable fundraisers.—Rick Cohen