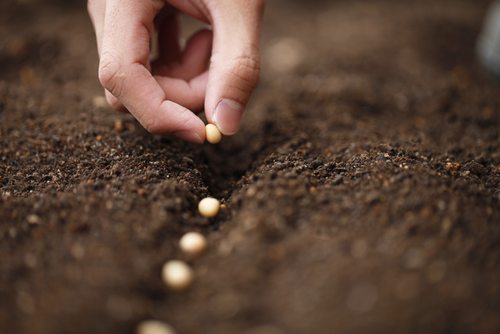 Not long after appearing before the Supreme Court to argue that a farmer broke the law by planting the seeds he bought from a grain elevator, some of which were allegedly patented Roundup Ready seeds, the agri-business giant Monsanto is back in the headlines. This time, Monsanto is drawing the eye of nonprofit groups such as the Center for Food Safety and Food Democracy Now! due to an amendment to the continuing budget resolution that President Barack Obama recently signed into law; critics call the amendment the “Monsanto Protection Act.” In a statement indicating the sway that corporations may often have on Capitol Hill, Sen. Roy Blunt (R-Mo.) reportedly told Politico that he worked with Monsanto on drafting the provision.

Sen. Jon Tester (D-Mont.) decried the rider: “Montanans elected me to the Senate to do away with shady backroom deals and to make government work better,” he said in a statement. “These provisions are giveaways worth millions of dollars to a handful of the biggest corporations in this country and deserve no place in this bill.” On the other side of the fence, Julie Gunlock of the Independent Women’s Forum, which is a think favoring less market regulation, says the measure is “good for moms like me” because she thinks it may help to keep prices low.

The aspect of the bill that has drawn concern from nonprofit food safety groups is section 735, which allows seeds and crops to be sold until the U.S. Department of Agriculture (USDA) says otherwise, even if a particular seed or crop has been challenged by a court ruling. A spokesperson for U.S. Agriculture Secretary Tom Vilsack has requested a review of the section, saying “it appears to preempt judicial review of deregulatory action, which may make the provision unenforceable.”

Because the amendment was passed as part of the continuing budget resolution, it will only be in effect for six months unless it is reauthorized after that period. In a press release, the Center for Food Safety states that it “will work hard in the coming months to keep the pressure on Congress to get the language removed later this year, when the government must pass its next round of funding legislation.  This goal is supported by over 100 other groups and businesses including the National Farmers Union, American Civil Liberties Union, Sierra Club, Environmental Working Group, Stonyfield Farm, Nature’s Path, Consumers Union, National Sustainable Agriculture Coalition, Public Citizen and dozens more.” Whatever one’s opinion of the provision, it appears that there is a sizable coalition ready to demand its expiration come September. –Mike Keefe-Feldman