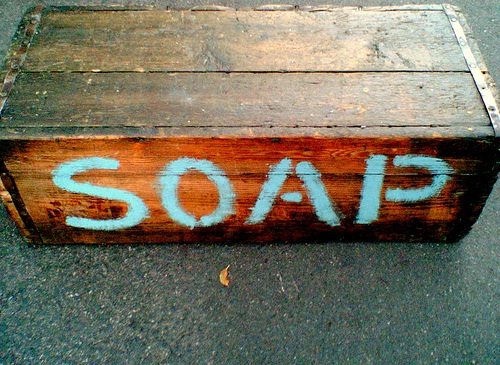 CEOs at startups and the world’s largest companies are becoming more aware of the business opportunities that exist with social media, reports the West Virginia State Journal.

The advantages of social media cited in the article—the ways in which it can influence strategies, offer the opportunity to develop relationships and gain valuable insights, and provide real-time data—apply especially to nonprofits, where the cause and the community are more important than the organization.

Businesses are now realizing that the CEO must be involved in social media activities. It “raises a company’s thought leadership and credibility. CEOs reap these benefits including a raised profile,” says the piece written by Brigitte Yuille.

This is especially true for nonprofits, where thought leadership and credibility are much more critical to an organization’s brand. Nonprofits are often defined by their policies, services and relationships with their communities—to a much greater extent than a business selling a product, for example.

The article goes on to say that CEOs’ interest in social media has grown, and they understand the need to relate to a company’s customers and its prospects. This would be especially true for a nonprofit, which must engage donors for financial support, community stakeholders for financial and political support, and clients in order to be effective.

Up until recently, many CEOs haven’t felt the need to communicate on social media. While some of that reticence was driven by their perception of business and legal issues, some of the reluctance could well be generational, as many CEOs of both for-profit and nonprofit organizations tend to be older.

The article points out that a social media presence gives the CEO a bully pulpit where he or she can share his or her voice. It can be used as an opportunity to empower a community, nurture the culture of the workplace, and inspire and encourage people to reach their goals—important for any business, but the lifeblood of a successful community-based nonprofit.

“The role of the CEO has been transformed by social media, and CEOs have no choice but to become more visible, social and accessible than ever before,” says Ann Charles, the CEO of Brandfog, which conducted its first annual CEO Social Media Leadership survey.

The article goes on to offer a variety of tips and strategies for CEOs, with the expected admonishments to be very strategic about what to say and how to say it, as well as what not to say. That does not necessarily mean avoiding potentially controversial topics, which for nonprofits – especially those heavily involved in public policy and advocacy – would be nearly impossible, and would undermine the role of the CEO as a thought leader.

Nonprofits are probably more sophisticated about the use of social media than traditional for-profit businesses, and there are numerous examples of its effective use in the sector. Many nonprofit CEOs made their names and reputations as advocates for their causes before even starting or joining the organization they head up, so they may be more comfortable in a higher profile public role than a typical corporate CEO.

It’s also important for the CEO to be personally engaged in social media. It’s okay to have staff (usually the public relations or communications officer, and sometimes the development department) manage and organize social media activity, and even “ghost write” portions of it. But the CEO needs to own, and on some level create, what goes out over his/her signature, with minimal delegation.—Larry Kaplan