Challenges Face New Chair of National Endowment for the Arts 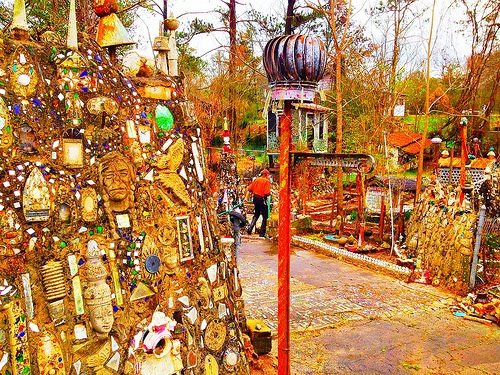 President Obama last week nominated Jane Chu, president and chief executive of the Kauffman Center for the Performing Arts in Kansas City, Missouri, to be chairwoman of the National Endowment for the Arts.

But as the Los Angeles Times reports, the future head of the NEA faces the same funding challenges that have plagued it for years, quoting two former chairs.

Initial reactions to President Obama’s nomination of Dr. Chu are positive. Chu not only has a background in the arts, she has a reputation for managerial excellence and vision. Her new agency is responsible for funding many of America’s community-based nonprofit arts organizations and local artists.

Professor Dana Gioia and actress Jane Alexander, both of whom were NEA chairs, told the Times that the organization continues to be under-funded, and that restoring cuts to its budgets will be at the top of Chu’s agenda. The NEA has gone without an official chairman since Rocco Landesman stepped down in 2012; there has been an acting chair since then.

“The NEA has been without a leader for too long—and the institution has suffered as a result,” Gioia told the paper. A professor of poetry and public culture at USC, he served from 2003 to 2009. “The NEA is an extraordinarily complex institution to manage…This requires a constant, capable leader.”

Alexander, a four-time Academy Award-nominated actress who served as NEA chairwoman from 1993 to 1997, told the Times that she believes the NEA needs to operate at a minimum annual budget of $350 million: “The NEA is important for artists everywhere. It helps to decentralize the arts from big cities—making sure places from Alaska to Florida get the arts.”

As head of the Kauffman Center, Chu oversaw a campaign to raise $414 million. Gioia said the new chair will have to rebuild bipartisan support and restore cuts made to the organization

But Philip Kennicott, the Pulitzer Prize-winning art and architecture critic, says in the Washington Post that Obama let 13 months pass between the former chairman’s departure and his appointment of Chu, leaving her with little time to leave her mark on the agency. He says that it is evidence that the administration is not particularly interested in the NEA or the role of the arts in American culture, adding that since the beginning of the Obama presidency, “it was clear the administration took a purely instrumental, and trivial, view of the arts.”

“The long leadership gap at the top of the NEA is one of the perplexing mysteries of this administration: Why has it neglected one of the fundamental tools it has for shaping attitudes to American culture? Why did President George W. Bush manage to use the NEA so effectively while Obama has manifested only indifference? Is this the sad reality of the technocratic mindset, that culture is secondary or tertiary, and not worth the bother?”

Kennicott believes that Chu’s “greatest challenge also presents an opportunity. While it may not be possible, given the time constraints and fiscal realities, to make transformational change at the agency, she will have more freedom to speak out about how shamefully it has been treated, and all the things that it might accomplish if it were adequately funded.”

He says that it makes more sense to treat the job as a bully pulpit, like the role of the Surgeon General, than the usual stewardship role, which includes getting along with Congress and advocating for the agency and the arts inside the administration: “She may not be able to do much with the time she has, but she can certainly say the things that need saying.”

The thousands of arts organizations and artists across the U.S. that rely on NEA funding and support will certainly be listening.—Larry Kaplan