Changing of the Guard at GuideStar: A Conversation with Incoming CEO Jacob Harold 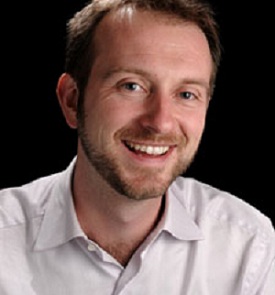 NPQ Editor in Chief Ruth McCambridge recently interviewed the incoming CEO of GuideStar, Jacob Harold, to get a sense of what he is thinking upon taking leadership in such a pivotal civil sector organization. GuideStar has had only two other leaders over its 18 years: outgoing CEO Bob Ottenhoff, known for his extraordinary management expertise, and the organization’s visionary founder, Buzz Schmidt, who went on to establish GuideStar International and is now the chair of NPQ’s board.

GuideStar is, of course, the place where anyone can go to get basic information about a registered nonprofit. In providing an assumption of transparency in a sector where that was not the standard, it was a breakthrough innovation that has stood the test of time as it built on the basic concept. But Harold sees it also as a leveling tool—an equalizer of sorts.

Ruth McCambridge: Jacob, as long as I have known you, you have been talking about the deep need for—and science of—knowledge development and dissemination in this sector, so your taking on the leadership of GuideStar seems like a natural. But when is the first time you actually remember being aware of GuideStar?

Jacob Harold: I first came across GuideStar, I think, in 1999 when I began in the nonprofit sector in Green Corps. And, at first, as you might imagine, I didn’t think of it as a piece of infrastructure for a system. It was just a resource. And, I think if I had to summarize the evolution of my own thinking about GuideStar, it would be from being basically a website that’s a resource with some great information towards, over time, evolving into a core piece of infrastructure for the nonprofit community, something that can weave together disparate efforts across organizations and provide a sense of commonality. GuideStar can help organize that information, and, I’d argue, that order can actually reveal the diversity in the nonprofit sector. Information standards and shared structure doesn’t make us all the same; it actually shows how we’re different and I think that’s really powerful.

Ruth McCambridge: At some point you became a member of the board. Can you talk about why you were that interested?

Jacob Harold: Well, the Hewlett Foundation has funded GuideStar for quite some time and GuideStar was one of the first organizations I met with when I joined the Hewlett Foundation as program officer in 2006. From the beginning, I thought it would be one of the most important parts of our portfolio here and that’s certainly proven to be true. And so, I began to build a strong relationship with Bob [Ottenhoff] in thinking about how GuideStar would evolve in this knowledge ecosystem.

At the Hewlett Foundation, we will make a decision to sit on a board if it will help our overall strategy. GuideStar was absolutely central to our strategy because it was weaving together these different pieces [and] many other grantees. So, for example, Philanthropedia, Give Well, Root Cause, and GreatNonprofits are all other grantees in my portfolio and their data shows up on the GuideStar website.

Ruth McCambridge: But it is a big jump from the Hewlett Foundation to GuideStar. Why GuideStar and why now?

Jacob Harold: Well, several reasons. I’ll offer four. First, through my entire childhood, my parents worked at small community-based nonprofits and I got to see how hard it was to raise money, how hard it was to be connected to other organizations. And so I just grew up with that.

Second, when I worked in the environmental community on climate change, which I believe is the greatest issue of our time, it was clear to me that the most effective organizations working to fight climate change were not the ones raising the most money. And we are not going to solve a problem like climate change if we’re not smart about where we put our scarce resources. So, from sort of the beginning of my career in the nonprofit sector, I saw how philanthropy wasn’t working in the way that the people in the communities and the ecosystems that we’re trying to serve need or deserve. And so that just showed me that we had to think—as a system, as a community, as an ecosystem—about how we shared resources. And, to do that, in a lot of ways it fundamentally comes down to decision-making by individuals which largely, although not entirely, comes down to what information people have. So, that got me excited about GuideStar.

The third reason is that GuideStar is just a fascinating hybrid of a traditional nonprofit and an earned income-driven enterprise. That’s something that is really interesting to me as someone who went to business school and sees that at times there are ways that earned income models can really help advance the social good.

Fourth and finally, and this goes back to conversations that you and I have had in the past, is just the perspective of complex system science and thinking about what weaves systems together. I spent a summer in Beijing studying complex systems science—and this is a chance to apply that systems thinking, to take the lessons of ecology and apply them to social change. It feels like such a privilege to work at an organization that helps to pull together to organize the system of the nonprofit community.

Ruth McCambridge: That is really so true. It is a place of privilege. There’s no question about that. And, I think you really have to have a love for the possibilities of it to actually know how much of a privilege it is. So, what do you think you bring that the board was so attracted to?

Jacob Harold: I think a lot of it comes back to those four answers I just gave…I think I have the experience of what it means to be on the frontlines of a nonprofit world and my time at the Hewlett Foundation has given me a broader perspective on the system of the nonprofit community. I hope I have the ability to think both bottom up and top down, to think about the perspective of GuideStar’s end user but also to think about how GuideStar is part of this trillion dollar nonprofit economy. I would hope they were attracted to my vision of how that nonprofit community can become stronger and how GuideStar can help make that happen.

Ruth McCambridge: Okay, so if a nonprofit is in trouble it will often choose the exact opposite of who it had previously or who they think is the exact opposite of who they had previously, or they’ll nightmarishly choose the exact same person. Smarter nonprofits, and I’m assuming that GuideStar is one of them, tend to choose people for eras. You’ll be the third permanent director of GuideStar. So, what would you say the eras have been?

Jacob Harold: Well, I think that’s a great question and you’re not the first person to frame it in that way. You know, in simple terms, the Buzz Schmidt era was about this bold vision of transparency in the nonprofit sector that no one thought was possible. The Bob Ottenhoff era was taking Buzz’s vision and solidifying it, operationalizing it and then, I think, very importantly, bringing in a powerful business model. I think that my era will be—and I think Bob has very much already begun this transition—one about deep interconnection and about shifting more fully from being a website towards being this core piece of nonprofit infrastructure. An infrastructure that connects the nonprofit community across platforms, both online and off. I’ve called it the scaffolding of social change in that it’s really about that kind of interconnection and support.

Ruth McCambridge: What do you think you must do first when you walk in the door as the new executive at GuideStar?

Jacob Harold: It’s about solidifying what is good, what you want to build on and also