Changing our Relationships to Food and the Economy 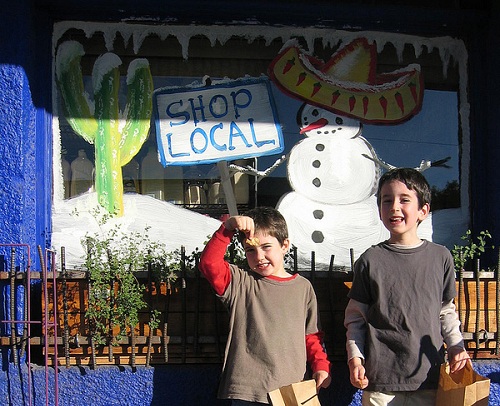 NPQ loves stories about networks of effort producing unexpected results, and this story really exhibits that. The Food Conspiracy Co-op in Tucson carries whole wheat, preservative-free, non-lard tortillas. That’s not a surprising offering from a food co-op in Arizona, but their sourcing of those tortillas has an unusual story.

Diana Teran-Moreno had a son who was allergic to processed foods and, by extension, their family tortilla recipe, so she reworked it. The new tortillas were a hit with her family and friends, so when Francisco Moreno lost his job in 2009, the Moreno family started a tortilla business named La Tauna out of a small commercial-grade kitchen.

Teran-Moreno’s business was sparked through responding to the Community Food Bank of Southern Arizona when it invited healthy food vendors to the sell at a local Farmers Market across from the El Rio Community Health Center.

In addition to being sold via the Internet, the tortillas are offered at the Food Conspiracy Co-op and at local farmers’ markets. Teran-Moreno says that Whole Foods, the Trader Joe’s in Tucson, and the Tucson Medical Center will be added to that list of retailers and providers soon.

Though the business still struggles financially, Rosalva Fuentes, coordinator of the Community Food Bank’s Farm-to-Child Outreach program comments that for those who love their tortillas, the availability of whole wheat, preservative-free tortillas could help reduce high levels of diabetes and cholesterol. Perhaps nonprofits can play a big part in helping to build such stuff as LaTauna tortillas and maybe they and other locally grown, distributed and prepared foods are an increasing part of the future of our food systems.—Ruth McCambridge