Charging your Starbucks on the Company Account? Very Entrepreneurial 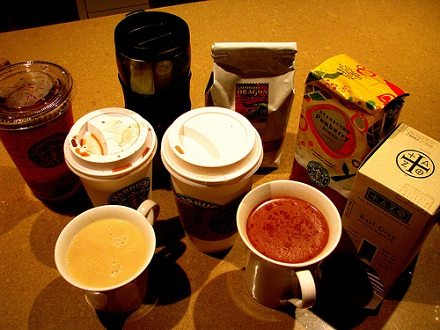 When the Silicon Valley Community Foundation adopted the Entrepreneurs’ Foundation last June, they signed up for a few surprises as well. Now the Entrepreneurs’ Foundation has filed suit against the former director, Diane Solinger, who is now an employee of—wait for it—Google’s corporate social responsibility office. The civil lawsuit alleges that she charged at least $135,166 in unauthorized expenses, including $4,277 in Starbucks charges. Many of the expenses were allegedly charged to an “Accounts Receivable – Other” account. Among the items allegedly charged were $33,678 in automotive expenses, $13,971 in groceries, $2,545 in personal travel that included ski lift tickets, and $1,969 in personal expenses including pet boarding.

Emmett D. Carson, CEO and president of the Silicon Valley Community Foundation, comments that, “Our sole purpose with regard to the original investigations, and now with the civil lawsuit, is to protect the interests of Silicon Valley Community Foundation, its affiliates, clients and stakeholders – including Entrepreneurs’ Foundation of SVCF, which remains a separate nonprofit organization solely managed by the community foundation.”

The complaint alleges that Solinger “had been taking and misappropriating EF monies without permission, authority or consent, for her own gain, since at least as early as 2007.” It also alleges that Solinger applied her “unused sick leave and vacation pay to personal accounts receivable balances she had accumulated in direct conflict with EF policies, thereby causing EF to unknowingly loan EF monies to Solinger on an interest free basis.” According to the complaint, Solinger also took unauthorized salary advances and neglected to properly document charges on the company credit card. EF suspects “that there may be hundreds of thousands more” in unauthorized charges, disbursements and unpaid interest.

Solinger not only reported to the board of directors, but, according to the complaint, she was a member of the board. Solinger expresses shock at the lawsuit, saying, “Entrepreneurs’ Foundation was audited by independent auditors and the SVCF had several months to do due diligence, and the merger occurred. If there were concerns, I would have thought those things would have been brought up.” According to the complaint, some irregularities had emerged before EF was transferred and Solinger paid back a $1,000 salary advance as well as a balance in the accounts receivable account.

Solinger’s compensation in 2010 was $136,500. If, for the sake of argument, the allegations are true, why would she need a loan from the foundation to buy a cup of coffee? Solinger’s new position at Google is answerable to the company’s chief culture officer. –Ruth McCambridge