Charitable Donations for Public Services: The Case of the Dhaka Police 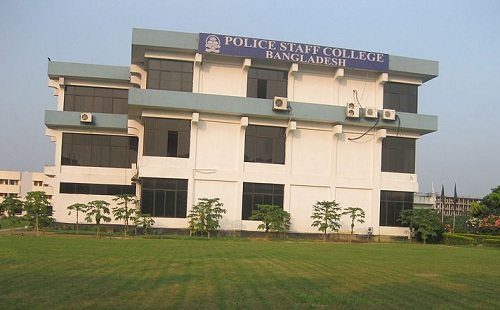 NPQ has been following for a number of years the trend toward private support of public services, worrying that it causes problems not just for democracy, but for equality of service. According to the Dhaka Tribune, law enforcement agencies there are increasingly becoming dependent on sponsorships from local organizations—due, as this article reports, to inadequate public investment. Advertisements from sponsors appear to such an extent on traffic cones and police boxes, vehicles, and other public police accouterments that it is hard to tell that they are government-held.

The author of this piece writes that, “The significant contributions being received by the lawmen raise questions about their ethics and neutrality.”

The sponsors include businesses of all types, along with NGOs, but the article claims that “Of the donors, many are accused of land-grabbing, oppressing employees and causing environmental hazards, whilst some are allegedly engaged in antisocial activities using their muscle power.”

Sultana Kamal, chairperson of the Board of Trustees at Transparency International Bangladesh comments that “police are not expected to be seen in such a state” and that the police are prohibited from involvement in commercial activities or from receiving donations or other benefits from individuals and private or commercial organizations. “Whenever any benefit is received from any individual or organization, the question of indebtedness to them comes up…It also gives scope for losing neutrality on the part of law enforcers, as well as intensifying the difference between the poor and the rich to them (police),” she added.—Ruth McCambridge