Charities Should Disclose How They Invest Their Assets for Social Responsibility 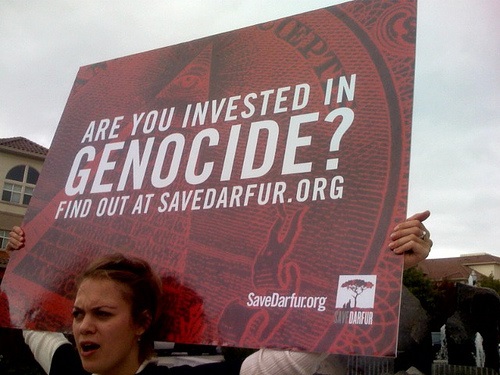 The headlines last year about Comic Relief weren’t very funny when it became known that the charity fundraising show tried to squelch a BBC Panorama episode that revealed Comic Relief’s investments in guns, alcohol, and tobacco companies. The BBC initially killed the episode at the reported behest of Comic Relief, but the uproar was enough to get the program aired after all and to force a response from Comic Relief, which said that it would like to make more socially responsible investments, but wanted better guidance from the UK’s Charities Commission.

After an internal investigation, Comic Relief in the end generated a new ethical investment policy, but Asheem Singh, the director of public policy at the Association of Chief Executives of Voluntary Organizations (ACEVO), asks, “What about the rest of the UK’s charities and social enterprises? Are they confident that they know how their organizations invest their reserves, their deposits or their pension funds? […] Are many charities investing in alcohol, arms or tobacco?”

While acknowledging the concerns of some that charities should try to get solid returns on their investments, Singh says, “It’s clear that, in an age of global capitalism, investments in good causes—or at least not in bad ones—are a key part of a charitable mission.” He notes that the Charity Commission has published a guidance document acknowledging that ethical investment can be part of a charity’s overall investment portfolio.

There are obvious complexities for nonprofit administrators here, ranging from the knowledge and expertise that one must have to make sound, ethical investment decisions, and the difficulty of making judgments about the social impacts of specific investment options. Nonetheless, the Comic Relief issue—precipitated by a Comic Relief trustee, Duncan Bannatyne, who discovered that his charity was parking its reserves with gun, alcohol, and tobacco makers and distributors—is quite relevant to U.S. charities, regardless of their size.

It’s not a joke for Comic Relief or U.S. charities. The issue of how nonprofits in the U.S. deploy their investment assets is studiously ignored in most commentaries on charity ethics, responsibility, and accountability. It’s worth serious discussion here in Nonprofit Quarterly and in meetings and convenings of operating nonprofits and grantmaking foundations.—Rick Cohen