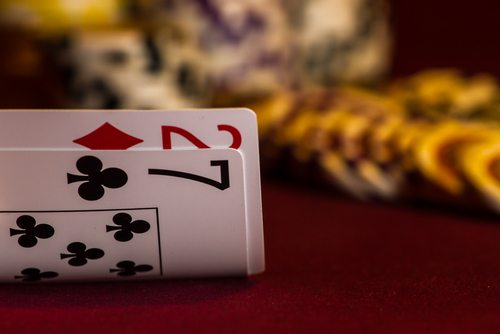 Back in January of this year, NPQ reported upon a set of regulations put in place in Michigan to restrict the scope and scale of charity poker events, including so-called “millionaire parties.” At the time, the Michigan Gaming Control Board established limits on the places where such events could be held and the number of days in the week when they could take place. In part, these restrictions were meant as a compromise measure, staving off the threat of legislation like that proposed by Jeff Farrington, which would have removed all limits on charitable poker events.

Apparently, though, on Friday, May 30th—just one day before these rules were set to take effect—a coalition of Michigan charities and businesses received a preliminary injunction against their institution. Crain’s Business Detroit reports:

“The plaintiffs claim the new rules governing the ‘millionaire parties’ are outside the Michigan Gaming Control Board’s scope of authority as laid out in the Traxler-McCauley-Law-Bowman Bingo Act…. At issue is the fact that the Michigan Gaming Control Board did not hold a second public hearing on the rules before resubmitting them to the state’s Joint Committee on Administrative Rules and did not publish a regulatory impact statement before the rules took effect. The Gaming Control Board contended that those requirements were satisfied when it first submitted new rules for the charity poker games, but [Court of Claims Judge Pat] Donofrio disagreed in his opinion.”

Among the plaintiffs in this case are the Michigan Charitable Gaming Association, poker rooms like the River Lounge, and “10 individual nonprofits including the Michigan Jaycees, veterans organizations and animal rescues.” The plaintiffs claimed that they would suffer harm if the new rules went into effect; the River Lounge (the dba of All 4 Play LLC) attested in its affidavit that “if the rules were not stayed, every event that it is scheduled to host will have to be cancelled and that it will not be able to successfully operate its business.”

MiCGA’s Stephanie Van Koevering, a spokeswoman for the plaintiffs in the case, said the injunction “gives charities and related businesses some breathing room while they try to overturn rules she said would have a devastating impact. […] She hopes the preliminary ruling will bring the administration of Gov. Rick Snyder to the table to negotiate changes to the rules. Otherwise, a lengthy court battle could be in the works.”—Jason Schneiderman

More about: GivingPolicies and Laws