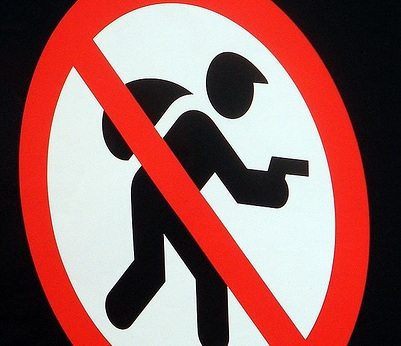 The more seasoned among us remember a comedy routine by the group “Beyond the Fringe” based on the “great train robbery” in the UK in 1963 (See Wikipedia). In the routine (Watch the YouTube video) , a reporter is interviewing a police official. The official explains, “When you speak of a train robbery, this in fact involves no loss of train.”

The headline for this story from KABC-TV in Los Angeles illustrates a similarly misleading use of words. The headline reads: “Three arrested in 3rd Street Promenade Charity Scam in Santa Monica.”

Fortunately, the first sentence of the story clarifies the situation: “Three men were arrested Monday in Santa Monica for allegedly posing as charity representatives…”

This means that no actual charity was involved in the scam. In fact, the three people arrested possessed false credentials, which they allegedly used to solicit cash donations. The story goes on to advise donors to take some basic steps to assure their gifts are going to a legitimate charity.

The bad news is that the headline leaves readers with the mistaken impression that charity was somehow involved in a crime. This helps reduce confidence in charities as a whole and may lead casual viewers who are also potential donors to increased skepticism about their charitable impulse. People who question whether their gift will make a difference are not reassured by headlines associating charity with crime.

The vast majority of “charity scams” are perpetrated either by people falsely posing as charity representatives, or by individuals employed by charities who breach their employer’s trust as well as break the law by stealing from their employer. We intuitively know that a train robbery involves no loss of train, but we need to remind people that charity scams are very rarely perpetrated by organizations legally recognized as charities. –Michael Wyland