Checkout Charity: How Do the Pennies Add Up? 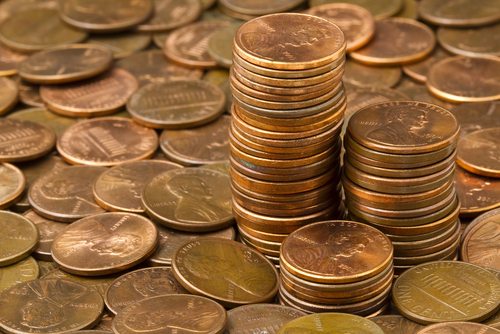 If you’ve been to the grocery store lately, you were probably asked to donate to charity. Checkout charity campaigns are becoming an increasingly common way for nonprofits to raise funds and for corporations to indirectly contribute to good causes. The Cause Marketing Forum recently analyzed 63 campaigns that had each raised more than $1 million in 2012, a combined total of more than $358 million raised that year. (Their extensive list of campaigns follows at the end of this Newswire.)

Three of the biggest efforts of 2012 were as follows:

While these large campaigns catch our attention, thousands of smaller campaigns are also being organized around the country in businesses large and small. According to the Cause Marketing Forum, over the last 29 years, these sorts of campaigns have raised more than $2.3 billion for charity.

Health is the clear winner when it comes to checkout charity, receiving 68 percent of all donations. Children’s health charities received 47 percent of the funds analyzed by the Cause Marketing Forum. Significant donations went to well known organizations, such as St. Jude Children’s Hospital and the Children’s Miracle Network. Twenty-one percent of funds analyzed were donated to other (non-children’s) health-related concerns, such as autism, cystic fibrosis, breast cancer and muscular dystrophy.

Such campaigns have grown in recent years and are becoming so routine that many customers are becoming desensitized. In some cases, customers even dread the inevitable question.

The Tampa Bay Times reported that Jennie Blackburn of Redington Shores, Florida, said, “If there’s a bunch of people in line behind me and the cashier asks me to make a donation, it makes me feel so trapped and judged, especially if it’s for the troops…It’s a lot of pressure.”

There are four key solicitation tactics used by companies. Consumers are typically asked if they would like to:

Nonprofits interested in developing a campaign should do their homework. In our post-Sarbanes-Oxley world, there are numerous legal issues involved with such fundraising efforts. The laws and registration requirements vary from state to state.

These seven tips seem simple enough but beware. It can be more complicated than you think. Remember the Pink Bucket campaign launched by the Susan G. Komen for the Cure and Kentucky Fried Chicken? This 2010 campaign raised $2 million in its first week, but garnered much negative attention when activists pointed out that the campaign seemed to send contradictory messages: It’s okay to eat fatty, fried foods as long as you get a breast exam. A seemingly good idea quickly became a public relations nightmare.

Like it or not, checkout charity campaigns are here to stay. They are an easy way for corporations to demonstrate corporate social responsibility. The campaigns raise significant funds, mostly for the larger and well-known nonprofit organizations. And they allow donors to contribute in small amounts.—Jennifer Amanda Jones

Sears Rebuilding Together and its 200