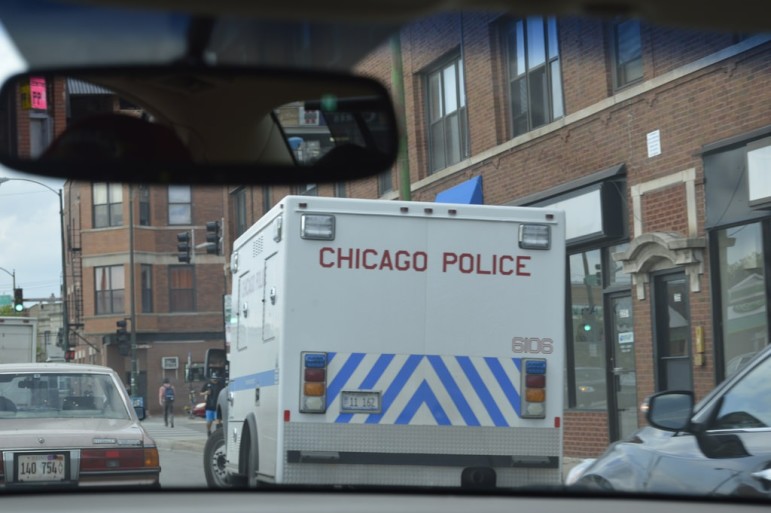 In the latest bit of controversy involving the shooting of a young black male by a white police officer, the Chicago Police Department officials and Chicago Mayor Rahm Emanuel are facing the scrutiny of local leaders, commentators, and the national media. For nearly a year, police officials and Emanuel have fought to suppress a dashboard camera recording in which Officer Jason van Dyke shoots 17-year-old Laquan McDonald 16 times. That video was released last week, and on Tuesday, December 1st, Emanuel announced the firing of Police Superintendent Garry McCarthy, due to a lack of public trust in the police and his handling of McDonald’s shooting.

“This morning, I formally asked for his resignation,” said Emanuel at a press conference, while also praising McCarthy’s tenure at the department. “Now is the time for fresh eyes and new leadership to confront the challenges the department and our community and our city are facing as we go forward.” In the aftermath of the shooting, Emanuel has said that he has appointed a task force to delve into police accountability in Chicago.

The backlash from the release of the video was swift, leading to more than a week of protests in Chicago and around the country that left many supporting the decision to terminate McCarthy. Some see signs in the McDonald case of a cover-up that extends through the Chicago Police Department, the mayor’s office, and the Cook County State Attorney’s office, which waited a full year to charge Van Dyke for the shooting.

The Washington Post was one of many voices to indict McCarthy. “This time in Chicago, the police cover-up failed,” said the Post in an editorial after the video was released last week. “It was the police who maintained a code of silence despite at least seven other officers who witnessed the shooting at close range. That’s outrageous and should lead to further criminal inquiries and the immediate firing of the city’s police superintendent, Garry McCarthy.”

For her part, State’s Attorney Anita Alvarez has said that she was waiting for the federal investigation to be completed before bringing charges.

Fueling the theory of a cover-up, while Emanuel has said for a year that his reason for preventing the dashboard video from being released was to preserve the integrity of the investigation, a judge on November 19th said there were no grounds for such suppression. Most significantly, immediately after McDonald’s shooting, the Chicago Police Department said that the 17-year-old was shot because he was lunging toward police officers with a knife.

The video revealed a different story when it was released. In the video, McDonald can be seen carrying a knife, but there is no moment where it can be construed that the 17-year-old was lunging at the police officer. A later autopsy found that McDonald had PCP, a hallucinogenic drug, in his system. It’s possible the officer was genuinely threatened by McDonald’s appearance, but it hardly makes the case for continuing to shoot a man when he is making no attempts to get up, as the video shows.

Pat Camden, who acts as the spokesperson for the Chicago Fraternal Order of Police, said those statements were preliminary when they were given to reporters. “It’s hearsay, is basically what I’m putting out at that point,” he said. “It’s information that’s being given to me by a third party that gathered that information from other parties.” But an official police statement made on October 20th, 2014, said McDonald “refused to comply with orders to drop the knife and continued to approach the officers.” It seems the mischaracterization was more than a woeful misconstruing of words or perspectives; it may have been a calculated statement made to protect the officers, and when that didn’t work, officials campaigned for the video to be suppressed.

The now-discredited original account has built the case against McCarthy’s leadership during the shooting, but it also raises several questions about why Emanuel fought the release of the video to begin with. Emanuel may be concerned about police accountability, but many in Chicago and nationally are wondering who is holding him accountable. Under Emanuel and McCarthy’s joint leadership, Chicago has seen a precipitous hike in violent crime and the continued disgrace of the Chicago Police Force, known for its corruption and leniency toward police misconduct.

While McCarthy may be out, social media users are using the hashtag #resignRahm to similarly oust the 55th mayor of Chicago. At least according to the Chicago Monitor, “#ResignRahm is Not a Hashtag, It’s a Demand.”

Chicago Mayor Rahm Emanuel might as well clean out his desk as well. #ResignRahm

The killing of #LaquanMcDonald was awful, but the bigger problem is @RahmEmanuel covered it up. A task force doesn’t fix that. #ResignRahm

Rahm just admitted his role, “everyone has a role to play. I’m as just as accountable and responsible…” Okay, we say #ResignRahm!