Chicago Ideas Week: A Think Tank for the Masses 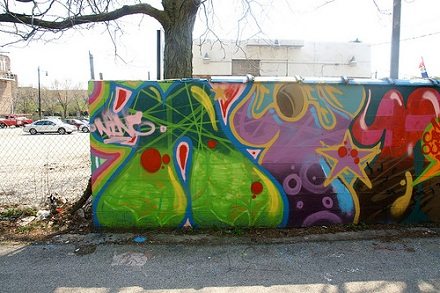 Last week marked the second annual Chicago Ideas Week (CIW), a weeklong series of programs designed to foster civic engagement, creativity, ideas, and solutions through innovative programming and discussions. Chicagoans were invited to attend a dozen or more substantial and thought-provoking programs each day. According to the CIW website, the goal of CIW is to “become a catalyst to stimulate new initiatives and ventures, creating new connections and points of collaboration designed to enhance the world we live in.”

Chicago Ideas Week is the pet project of Groupon co-founders Brad Keywell and his business partner Eric Lefkofsky; the event is co-chaired by Chicago Mayor Rahm Emanuel. Keywell founded the organization as a nonprofit and told the Associated Press (AP) that he had pledged not to make it a revenue-creating endeavor. “On Day One, I set it up as a nonprofit,” Keywell says. “I made a pledge never to make a penny off of it. No one can question the motives. The motives are to have something that provides intellectual stimulation and provocation.” In the same AP article, Keywell shares his hope that, similar to TED conferences, Chicago Ideas Week will become a platform for world-class ideas, but one that will be more accessible to the general public due to the smaller fees attached to events.

Chicago Ideas Week Executive Director Jessica Melkin tells the AP that it is like “Davos for the Everyman…It’s not exclusive, it’s inclusive.” According to ChicagoIdeas.com, the 501(c)(3) nonprofit organization that runs Chicago Ideas Week was founded in 2010 by Keywell for the “purpose of creating a platform in Chicago that supports conferences, experiences, and events curated to further the culture of ideas and innovation in Chicago and in the Midwest.” This year’s event featured 30 panel discussions or speaker events, 100 labs or demonstrations, 235 total speakers, and the capacity for 28,000 attendees at various venues around Chicago. The disparate and wide-ranging talks included topics like:

A sampling of the labs offered included:

In addition to Emanuel, Chicago Ideas Week’s big name speakers included Deepak Chopra, Edward Norton, General Colin Powell, David Gregory, Elle Macpherson, and Tom Brokaw, among many others. Ever innovative in its goal of seeking input and inclusion, the event branched out onto Twitter during one program, when an anti-violence panel sought suggestions as to how Chicago could get illegal guns off the street. Answers were collected under the hashtag #WhatIfChicago. According to ABC News, the request drew many thoughtful tweets, including:

Though final figures have not yet been released, attendance at midweek was estimated to be more than Chicago Ideas Week’s 2011 levels. Many of the week’s programs were taped and are available for viewing at chicagoideas.com. –Kathleen Hughes