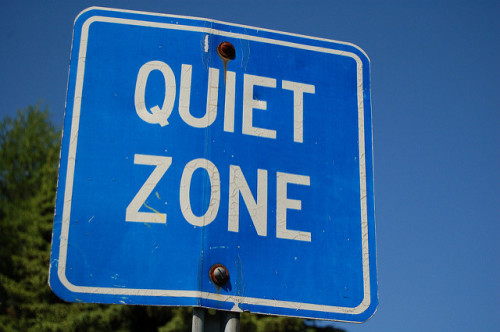 Troy LaRaviere, principal of Chicago’s Blaine Elementary School, earned $30,000 in performance-based bonuses—more than any other CPS principal—because of the excellence of his work. Yet last week, the district felt it necessary to remove him from his assignment and begin proceedings that may well end in his firing. Could this be because, besides being an excellent school leader, he has been an outspoken critic of the district’s leadership and Chicago’s powerful mayor, Rahm Emanuel?

According to a CPS spokesperson, Emily Bittner, “Principal LaRaviere was asked to come to a meeting at CPS on Wednesday to discuss his removal and employment status. He did not show up to the meeting.”

CPS made this decision based on the advice of our attorneys because of alleged acts of misconduct, including violations of a previously board-issued warning resolution. We did not consult the mayor in making this decision.

LaRaviere responded on his blog that he missed the email calling for the meeting because he had taken a sick day, and that in any case the intent of the meeting was obscure:

“CPS officials claim I missed a ‘hearing.’ The claim is misleading to say the least. On Tuesday—the day before the ‘hearing’—they sent me the following message in an email: ‘We have scheduled an important meeting with you at 2pm tomorrow regarding ethics and other matters.’

“As you can plainly see, there is no mention of any possible discipline or misconduct violations. There is no reference to my ‘employment status’ in this message or even any direct indication that I had violated any policy. Just a vague discussion of ‘ethics.’

“Unfortunately I didn’t receive the email on time because I took a sick day. […] Based on the last minute email-only notification, it appears this was the result CPS officials were hoping for.”

On Monday evening, Ms. Jackson tried to explain the district’s actions to a meeting full of angry parents. She told the crowd that LaRaviere faced 12 specific charges that she categorized as “dereliction of duty,” “ethics violations of state and CPS policies” and insubordination.”

“This is not an easy decision to make,” Jackson said. “However, in the past weeks, we could not ignore the escalation and the continued acts of misconduct and a refusal to meet with CPS and rectify those situations.”

Earlier on Monday, Blaine Elementary’s local school council (LSC) issued a statement protesting the district’s actions. Betsy Melton, an LSC member, told the Chicago Sun-Times, “CPS is broken in so many ways, to fire a principal who is the leader of the best performing neighborhood school in the city is unacceptable. We are the number one neighborhood community school in Chicago.”

LaRaviere has vocally criticized both the leadership of CPS and Mayor Emanuel. The district censured him last August after he served as an education advisor to Chuy Garcia in his campaign to unseat Emanuel. According to the Sun-Times, LaRaviere also was accused of insubordination in July 2015 when, during a budget meeting, he “asked a provocative question from the audience attempting to highlight financial missteps of the Board and demanding an answer to those missteps.”

His suspension closely follows news that he was campaigning to become the president of the Principals’ Association, a position that would give him a more prominent position to continue his challenge of current school and city leadership.

Mayor Emanuel has repeatedly denied any connection to this act by his appointed school board. But Bernie Sanders, for whom LaRaviere had campaigned in the recent Illinois presidential primary, clearly sees one. Sanders issued a statement charging LaRaviere’s dismissal was “politically-motivated retaliation because he dared to stand up to the mayor of Chicago.”

The only explanation for his removal appears to be Mayor Emanuel’s unhealthy obsession with taking revenge. I condemn Principal LaRaviere’s reassignment and call on Democrats around the country to stand up against Mayor Emanuel’s pettiness.

Political revenge by a powerful Chicago mayor? Perhaps—we don’t yet have enough information to know for sure. Right now, even LaRaviere is waiting for the details of the charges that prompted CPS to remove him from his post: “We don’t know what the alleged violations are…. After they reveal the charges, people can then decide what next steps need to be taken.”—Martin Levine