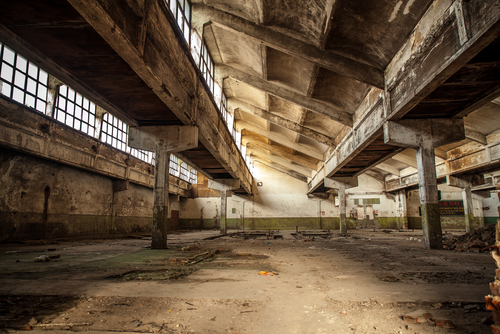 Is Chicago following the path of Detroit? The decision last week of Moody’s Investors Service to sharply downgrade Chicago’s bond rating to Baa2, two steps above junk bond levels, has brought the Windy City close to a “fiscal free fall,” according to this report from Reuters.

One reason is Chicago’s large unfunded pension obligations, which NPQ has mentioned in the past. Efforts by city leaders, including embattled mayor Rahm Emanuel, to restructure two of the city’s public employee pension funds (along with the state pension system) are being challenged in the courts by unions and retirees as unconstitutional. Another fiscal problem of the city is that it is slated to receive $210 million less in state funding in the coming fiscal year if Illinois governor Bruce Rauner’s budget plan is implemented.

As Moody’s and S&P both warn about Chicago’s deepening fiscal problems, Mayor Emanuel finds himself stuck in an improbable run-off for reelection. Failing to get more than half of the vote, Emanuel will now face Cook County Commissioner Jesus “Chuy” Garcia in a runoff on April 7th. Garcia overcame Emanuel’s huge campaign money advantage, not to mention Emanuel’s endorsement by President Obama and all of the Chicago newspapers, to surprise the incumbent. He and several candidates for alderman seats are seen as “progressive” Democrats challenging the political establishment, with support from an array of unions and community organizations.

The political strategist and founder of Chicago Women Take Action, Marilyn Katz, summarized the challenge for Emanuel, Garcia, and, implicitly, for the nonprofit sector concerned about the future of Chicago:

“Not only is the city broke, but it has lost hundreds of thousands of jobs, is becoming more divided by income and is becoming poorer. Today, there are only six communities out of 78 where the per capita income is greater than $50,000, while there are 38 communities where per capita income is $20,000 or less each year (the national poverty line being $23,000) and 65 where that number is $35,000 or less. Unemployment has eased, now down to 5.6 percent according to the Bureau of Labor Statistics. But most new jobs are in the minimum wage service/retail or healthcare sectors, and unemployment in the predominantly African-American communities remains at 25 percent and 12 percent for Latinos. Not only are these numbers indications of misery experienced by huge numbers of residents—this increased poverty actually threatens Chicago’s future, diminishing the tax base that is necessary to fund the city services, education and investments that make a city viable and sustainable.”

The Chicago fiscal crisis is not just the municipal government’s, but extends to the Board of Education, which also has pressing debts and a very low bond rating. Chicago nonprofits will be challenged, just like their Detroit counterparts recently, to figure out what they need to do to ensure that critically important municipal functions addressing the city’s poor do not get fruitlessly sacrificed as the city, whether under Emanuel or Garcia as mayor, cuts back on spending in order to devote more funding to addressing its increasingly expensive indebtedness.—Rick Cohen