Chinese Philanthropist Who Reneged on NYC Homeless Gets Faked Himself 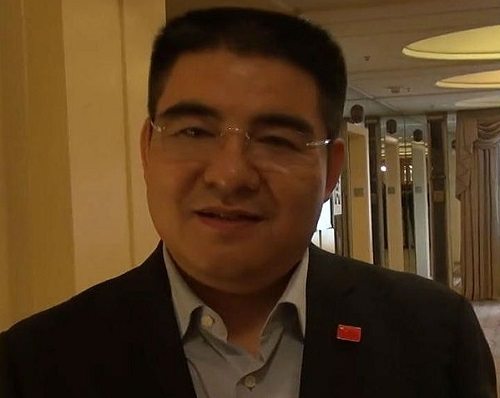 Remember the Chinese philanthropist who showed up in New York to offer a couple of hundred homeless people a lunch, which he delivered, and $300 cash payments, which he didn’t? Now he’s upset because he was the victim of a bait-and-switch. Chen Guangbiao likes titles and honors recognizing his philanthropic generosity. Somehow, he deceived himself or was deceived to think that the United Nations had proclaimed him “world’s most prominent philanthropist” and “global peace and goodwill ambassador” in honor of his help for homeless New Yorkers.

Unfortunately for Chen, the organization that presented him with the certificate, the New York-based China Foundation for Global Partnership, chaired by one Patrick Donohue, doesn’t seem to be entirely what Chen thought it was. Chen gave the organization a donation of $30,000 for the United Nations certificate, but the organization, if it exists, doesn’t seem to have been authorized to speak on behalf of the UN honoring putative philanthropists, isn’t talking to Chen, and isn’t responding to his demand for his money back. He apparently gave the money to Lulu Zhou, a board member of the organization, who doesn’t seem inclined to reimburse him. Chen likes honorary titles—his business card lists eleven of them. But he doesn’t want fake honorary titles, he says.

The website for the purported foundation has had no news on it since its promotion of a September 2013 panel involving Stephen Heintz, President of Rockefeller Brothers Fund; Anisa Kamadoli Costa, President of the Tiffany & Co. Foundation; Peter Shiras, Executive Vice President of the International Youth Foundation; and Jennifer Pryce, President and CEO of Calvert Foundation; to have been moderated by Andrew O’Brien, a former Senate staff person of Secretary of State John Kerry and currently State’s Special Representative for Global Partnerships. There is almost nothing else on the website other than the bios of the board members, which are littered with odd typographical errors that belie the seriousness of an organization that claimed that its 2013 annual meeting was to have been held “in conjunction with the United Nations.”

Chen’s own charity doesn’t get good reviews, either. According to Gu Chuan, a visiting scholar at the Institute for the Study of Human Rights at Columbia University, “Chen Guangbiao’s charity is in fact hypocrisy. It is a fake. In the name of charity he gained personal fame. His real charity could have been done to the many poor in China.” New Tang Dynasty TV, a 501(c)(3) news outlet based in New York City, reports that the New York Rescue Mission’s Michelle Tolson says that the homeless service provider wouldn’t have partnered with Chen had known what it knows now about the oddball philanthropist. However, there is nothing on the Rescue Mission’s website to suggest that the nonprofit has returned the $90,000 it got from Chen.

Too bad Chen can’t add the UN to the entities honoring him for his dubious philanthropic activities.—Rick Cohen