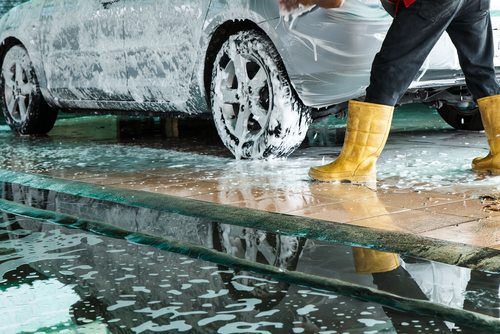 Here’s a “no good deed goes unpunished” story from ABC News and the Washington Post.

The city of Arlington, a Virginia suburb of Washington, D.C., is cracking down on charity carwashes under new state storm water permit regulations. Given the popularity of carwashes with community-based nonprofits, the move could also affect charities elsewhere.

The Post and the local ABC affiliate reported that a Boy Scout troop in Arlington was planning a carwash fundraiser for a weeklong canoe trip this summer. But the new regulations forced their scoutmaster to change plans and find the money elsewhere.

Virginia and other states across the U.S. use permitting programs under the Clean Water Act to mitigate the pollution flowing with storm water into streams and rivers. Those regulations have recently become more stringent due to Chesapeake Bay cleanup requirements in the Washington area, but they are not unique, and have long been enforced in the Southwest and California.

Arlington was the first Virginia municipality to renew its program under those tougher regulations, and is cracking down on carwash fundraisers, which inject detergent and oil into the storm water system. Other jurisdictions are considering similar restrictions, says the Post.

A spokesperson for the Chesapeake Bay Foundation says while a carwash seems harmless enough, the impact of polluted run-off from every school group and scout troop that holds a carwash adds up. What also adds up is the potential impact this could have on a time-tested American grassroots fundraising activity.

The decision drew national criticism from conservative websites, including that of the Heritage Foundation, as an example of government overreach. The permit process allows individuals to wash their cars on their driveways and requires special filtration and recycling systems for commercial carwashes, but does not allow group activities where the wastewater goes into storm drains.

Some regulators look the other way; others focus on educating people about cleaner ways to have carwashes, such as holding them on a field where the water can be filtered through the soil, by using biodegradable soaps, or partnering with a commercial carwash.

This is a classic example of conflicting good policy goals. While it is important to encourage grassroots fundraising for community-based charities, it is just as important to ensure that the water supply remains as clean as possible.

Sounds like local nonprofits need to start talking to water quality officials, or the neighborhood carwash will become a thing of the past. One also wonders if bake sales, where fattening goodies are often sold in less-than-pristine sanitary conditions that might not pass muster with the local health department, are next on the hit list.—Larry Kaplan