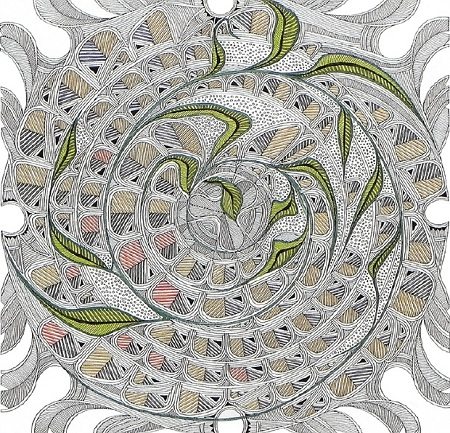 Editors’ note: It is easy to forget and let lie fallow the great democratic potential of nonprofits in the United States. We have listened for years to U.S. nonprofit leaders bemoan—while overstating—the limits that are placed on advocacy potential, using it as an excuse not to work with their communities to ensure that public policy meets community need. But have we lost perspective on what the value of freedoms exercised regularly really are? This article has been on our minds for a while as we tracked the development of civil society in China and the regulatory/political environment in which it has functioned. We urge every U.S. nonprofit leader to read this, because not only is it enormously interesting, it also provides a vivid sense of what we need to protect and use.

In July of 2012, hundreds of Chinese nonprofits shared a moment of celebration: China’s first-ever charity fair had taken place, in Shenzhen, a south China municipality that aspires to become a “city of philanthropy” and a “city of volunteers.” The charity fair had a strong government flavor: it was hosted by the Ministry of Civil Affairs (MOCA) and the local Shenzhen government. This event, along with President and General Secretary Hu Jintao’s call for stronger and more creative forms of social management (and the release of draft guidelines for the development of Chinese philanthropy—a five-year plan for 2011–2015—by MOCA in the previous year), sends a clear signal that the Chinese government is now ready to recognize the tremendous growth of the nonprofit and voluntary sector, and to value its contribution to Chinese society.

Portrayed by some as a “quiet revolution,” China’s civil society sector has begun to emerge since the government launched its economic and political reforms some thirty years ago. Today, there are over 460,000 officially registered nonprofit organizations (NPOs) with nearly six million employees, as well as millions of unregistered grassroots organizations.1 Our aim is to provide a brief introduction to this exciting social movement currently at play in one of the world’s great civilizations. We will also share some thoughts on the challenges and opportunities that Chinese nonprofits have as they seek to survive and prosper in a restrictive institutional and resource environment that has recently begun to improve.

The Larger Picture of the Nonprofit Sector in China

The nonprofit sector in China consists mostly of small, local, grassroots associations that are not registered with the government. Recent (rough) estimates of the numbers of such unregistered social organizations (USOs) range from eight million to ten million.2 Hence, the roughly 460,000 registered NPOs comprise only a small minority (less than 4–5 percent) of all NPOs when the USOs are properly counted.

The main activities and goals of the USOs focus on recreation and entertainment. Most of these local groups engage in singing, dancing, exercising, martial arts, and other similar leisure activities, often meeting in parks or other open places. Most USOs have at least one formal leader, usually a special (proper) name, and often a register of members. They do not have any offices or paid staff, with all operations taken care of by volunteers.

There are also USOs with no formal leader or group name, and whose regular members simply meet in a certain place at a certain time and perform their activities. One such group, for instance, meets some evenings on a particular street corner in Beijing to demonstrate how to keep a decorated stick in the air using one or two other decorated sticks. Similar informal groups of card players, domino players, and mahjong players can be seen in many indoor and outdoor locations around China. Some USOs have more instrumental goals, including informal discussion or advocacy, but these are much rarer.

Technically, all USOs are illegal because they have not registered with MOCA, but the government rarely takes any action to dissolve or punish USOs or their members simply for existing. In this sense, there is some de facto freedom of association in China today—if not, at present, de jure (by law). However, the government is considering performing closer monitoring of these USOs.

Pathways to Recognition and Registration

Chinese nonprofits, especially the officially registered ones, do not fit neatly into the definitions of nonprofit organizations commonly used among Western scholars and practitioners. According to the current classification system developed by MOCA, the more than 460,000 officially registered NPOs fall into three broad categories:

While the majority of NPOs do serve a public- or mutual-benefit purpose, these registered nonprofits vary in the extent to which they are autonomous and voluntary. In fact, many nonprofit organizations currently registered with MOCA are actually “government-organized nongovernmental organizations” (GONGOs). Nearly all of the national associations are GONGOs, as are many NPO service agencies. There are also many organizations not included in the 460,000 registered NPOs noted above that operate on nonprofit principles but are registered as for-profit businesses, as in the case of some private schools and social welfare NPOs. NPO founders have frequently taken this path because the formal MOCA registration process is difficult to get through in a timely manner, if at all. Becoming a registered business is much faster and simpler, and allows NPO leaders to get on quickly with their desired service delivery to people in need in a legal manner. There are no formal statistics on how many registered businesses are NPOs “in disguise,” but estimates suggest there are probably some hundreds of thousands in all of China.

To a great degree, this lack of autonomy from government can be attributed to the restrictive regulatory, political, and economic environment in