Clean Water Crusader Picks a New Goliath To Fight With 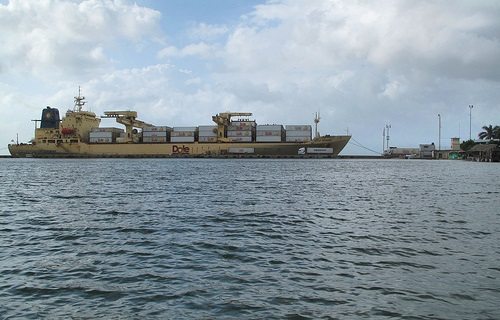 When Eric Harrison heard the Dole Food Company had diverted a river in Guatemala for use on a banana plantation, leaving thousands without potable water, he took the food giant to court, and was able to negotiate a settlement. A student at the University of Washington, Harrison was able create a partnership with Dole to help improve water quality in the area.

“Dole is a Fortune 500 company,” Harrison said. “For them to willingly go to their plantation with a guy that’s suing them is pretty unheard of. We were able to do that because I called them up and reached out to them and said, ‘Let’s work together.’”

Now, Harrison and his organization, Water and Sanitation Health (WASH), are at it again, this time looking at Chiquita Brands International, alleging that that the banana giant’s work has exposed six communities in Guatemala to toxic chemicals and contaminated rivers and drinking water with fertilizers, pesticides, fungicides, and organic matter.

Harrison stated, regarding the Chiquita case, “We have environmental standards here in the U.S.—regulations through the EPA—and so when you go down to those other countries like Guatemala, companies can kind of skirt around that and they don’t have the strict standards that we do here.”

Chiquita, like Dole before it, has charged back in a statement, claiming that they are “the only ones in the banana industry that [have their] own farms that are audited to environmental, social, and labor standards.” Dole moved to dismiss their case, but Harrison defeated the motion, and ultimately Dole decided to partner with Harrison on clean water projects in Guatemala.

Chiquita has started fighting back, but has also thrown an offering to Harrison, stating, “We hope to have the opportunity to introduce Mr. Harrison to our operations. And our social responsibilities practices. We are always willing to listen to a stakeholder and work with anyone in a constructive dialogue that supports local communities, and improves the lives of our employees.”

Harrison knows this terrain all too well.—John Brothers