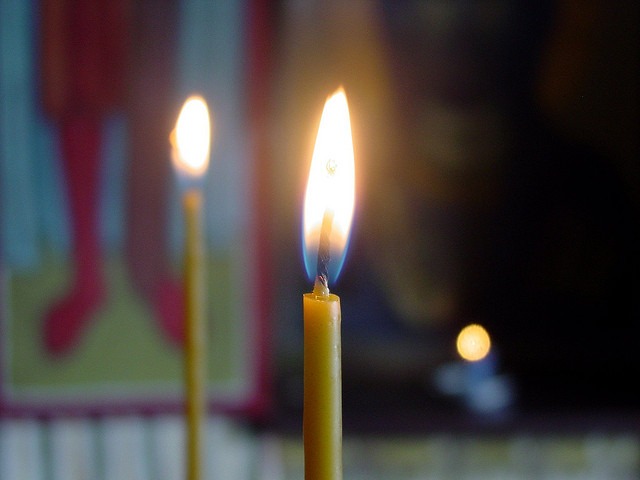 In the first of eight planned blessings at abortion clinics in Ohio, an interfaith group of clergy assembled on Thursday of last week to show solidarity for the staff and patients of the Preterm abortion clinic in Cleveland’s East Side. Fifteen rabbis, ministers, and holy people led a half-hour service, at the end linking hands and singing “Amen.”

“It’s not often that I see this many clergy on our front lawn supporting us,” said Chrisse France, the executive director of the clinic. “We are so thankful to be surrounded by all of you here today as you share your powerful voices to say no to the shame.”

The Rev. Laura Young, a United Methodist minister, who serves as the executive director of the Ohio Religious Coalition for Reproductive Choice, organized the blessing. Speaking to the need for religious individuals to show solidarity with women seeking abortions, Young said, “We’re doing this because too many religious people are hurling shame and hate at women seeking abortion, when we should be offering compassion, care, and spiritual healing.”

In a similar sentiment, the Rev. Harry Knox, president of the national Religious Coalition for Reproductive Choice, said the service was spurred by “renewed attacks on reproductive health rights.”

While anti-abortion legislation is proliferating throughout the nation, Ohio is especially threatened by measured that could “regulate abortion out of existence,” according to pro-choice groups within Ohio, including Planned Parenthood and NARAL Pro-Choice Ohio.

The Ohio Religious Coalition for Reproductive Choice hopes that the blessing will help to protect the facility against abuse from protesters, and also help to encourage bravery and strength in those providing and receiving the clinics services.

“We gather here today to say no to this shame,” said Knox. “As people of faith, we know that God’s love is constant when a woman is deciding to have an abortion. God’s love is with her the entire time.”—Kathleen Ebbitt