Climate Now Right to Address Global Warming and Save the Humans? 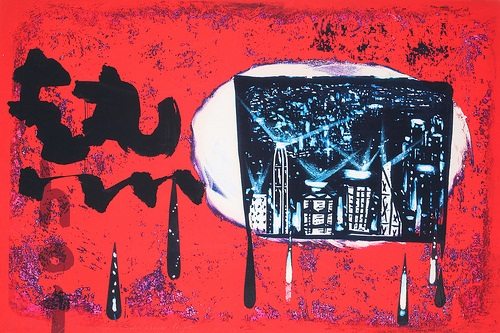 NPQ recently noted a study from Harvard political scientist Theda Skocpol which suggested that environmental advocates bungled the push for action on climate change during the first four years of the Obama administration, but there are signs that the nation may be ripe for a more sweeping effort on climate issues as the Obama team prepares for its second term. In addition to several recent studies that have put global warming back on the agenda, some key voices are now chiming in about the need to move swiftly. President Barack Obama devoted a considerable portion of his inaugural speech to the need to address climate change, and World Bank President Jim Yong Kim followed that up with an editorial in the Washington Post that conveyed the utmost urgency, stating:

“After the hottest year on record in the United States, a year in which Hurricane Sandy caused billions of dollars in damage, record droughts scorched farmland in the Midwest and our organization reported that the planet could become more than 7 degrees warmer, what are we waiting for? We need to get serious fast. The planet, our home, can’t wait.”

Kim proposes three concrete methods for getting started: re-price energy to take into account the environmental degradation of carbon emissions and to incentivize the use of clean energy technologies, end subsidies to environmentally harmful fossil fuels, and focus on lowering carbon emissions from the world’s largest 100 cities (which he states contribute approximately two-thirds of energy-related emissions). There is certainly room for debate as to exactly how to move forward with a plan that will drastically reduce humanity’s carbon footprint, but the broad consensus in the scientific community is that there is absolutely no time to continue debating whether to do so or whether climate change is some sort of elaborate global hoax.

For example, Nicholas Stern, the author of an influential 2006 U.K. report on climate change, now tells the Guardian, “Looking back, I underestimated the risks. The planet and the atmosphere seem to be absorbing less carbon than we expected, and emissions are rising pretty strongly. Some of the effects are coming through more quickly than we thought then.” Stern is hardly seen as an alarmist analyst on the subject, but he now concludes, “This is potentially so dangerous that we have to act strongly.”

Will it happen? That remains to be seen, but it does appear that voices denying the existence of climate change may no longer be getting the benefit of past mainstream media coverage that often couched the issue in a timid sort of even-handedness. After years of exercising caution despite a growing body of climate change evidence, the town crier is no longer afraid to identify the village idiots. Take, for instance, this CBS News headline: “Climate change: No more denying it.” Also, the “Insiders” blog from the Washington Post declares that the views of those denying climate change’s reality “are no longer even especially relevant. The country has moved on, accepting climate change as real and urgent and now taking up the important work of trying to mitigate it.”

But if action on climate change is to achieve the level of widespread support necessary to make it happen, the narrative on the issue must shift quite rapidly. Here is where crowdsourced projects and ideas, like the Climate Meme Project on the crowdfunding website RocketHub, may come in. The Climate Meme Project focuses on “applying meme science to global warming” with an awareness that notions like “clean coal” and “drill, baby, drill” have spread widely while memes that would support action on climate change—such as “we’re all in this together”—have not always enjoyed the same circulation.

Nonprofit environmental activists: what other memes would you like to see regarding saving our planet? For that matter, is one of the memes to move from “save the planet” (which will presumably still be here even in a world of extreme temperatures and weather) to “save the humans” in order to underscore the point that environmental protection isn’t just about whales and trees but about the ability of one’s grandchildren to drink water, breathe, and survive?

Whatever the meme, such messaging is clearly only step one. As a recent McClatchy editorial noted, “Persuading Americans that they should care about climate change—or have a duty to do so—is one thing. Actually doing something about the emissions that contribute to rising sea levels, sooty skies and melting Arctic sea ice is a far more complex task.” That’s quite true, but then, we don’t imagine most nonprofit environmental advocates were drawn to such work because they thought it would be easy. –Mike Keefe-Feldman