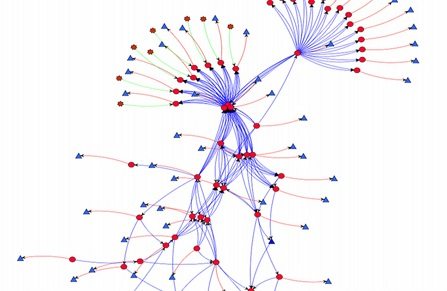 Bill Clinton is the founder of the William J. Clinton Foundation, the key mover behind his eponymous Clinton Global Initiative, and, oh yes, he was the 42nd president of the United States, too. Maybe it was his years of backroom negotiations hammering out balanced budgets with Newt Gingrich that taught him a lesson that he brings to philanthropy, something about “the power of cooperation.”

Like many in philanthropy of late, Clinton views networks as key to cooperation. He writes, “We’re making the most progress in places where people have formed networks of creative cooperation—where stakeholders from government, business, and civil society have come together to do things better, faster, and cheaper than any could alone.” The notion of networks is what drives the Clinton Global Initiative, he says, getting leaders from nations, businesses, and NGOs to make specific commitments that lead to partnerships. He cites examples including Coca-Cola “len(ding) its supply chain management to the Global Fund to Fight AIDS, Tuberculosis, and Malaria” and Gap Inc. “working with a team of NGOs to start the Personal Achievement and Career Enhancement—P.A.C.E.—to empower female garment workers through skills training.”

The former president gives a special nod to nonprofits in this formulation: “Over the years, I’ve found that within networks of creative cooperation, NGOs are uniquely positioned to answer this question. NGOs often measure themselves by the long-term human benefits they generate—which allows them to take risks and figure out what works.” However, he suggests that the ultimate aim is self-reliance without dependency on charity and philanthropy: “the best NGOs are those that conceive projects from day one with the explicit purpose of working themselves out of a job by empowering citizens to take over without reliance on external donations.”

If you read this essay by Clinton and other statements he has made, it is clear that he has some faith not only in “the power of NGOs,” but in their ability “to expand and organize markets in a way that enables people to help themselves”—that is, a belief that “market-based approaches” can be made to work even in poor countries.

It is hard to feel particularly confident in Clinton’s market beliefs when each example he provides is based on the involvement and charitable investment of big international corporate players such as Canada’s Frank Giustra and Mexico’s Carlos Slim. Clinton expresses optimism about the involvement of corporations such as Deutsche Bank and Walmart. The former president is no enemy of big corporations and wealthy people. And he believes that philanthropy and NGOs can work successfully in networks with them.

The fact that President Clinton can speak warmly about Walmart, for example, may be a major part of the story. Walmart is owned by the very conservative Walton family (not necessarily big fans of the Democratic Party). When Clinton and Gingrich conducted their late night budget negotiations, it was well known that the two leaders had no especially warm feelings toward each other. But they were able to work as partners to get budget deals done. Is the lesson that you don’t have to like your network partners, whether Gingrich or Walmart, to achieve good results?—Rick Cohen