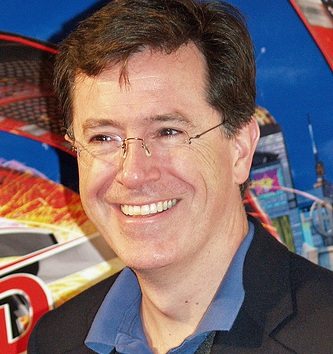 As NPQ has frequently noted, in the wake of the Supreme Court’s Citizens United decision, nonprofit 501(c)(4) social welfare organizations are being used to distribute money from anonymous sources to political campaigns this election season—though in some cases, it is hard to tell exactly how much (if any) “social welfare” work is going on in comparison to plain old electoral politics. Leave it to Stephen Colbert, arguably America’s master satirist, to put the situation into perspective.

“Their negative attack ads count as charity,” Colbert wryly said of the (c)(4)s, “in the same way that yelling, ‘Get a job, you dirty bum,’ is a donation to the homeless.”

Colbert himself has a “spooky PAC,” Colbert SHH! The comedian made a point of underscoring the secrecy and lack of regulation or oversight involved in such campaign contributions by inviting “transparency fetishists” and the Federal Election Commission to audit his list of donors in a lewd fashion which we won’t describe here, but which you see for yourself in this video clip:

Colbert also proclaimed Karl Rove the king of the “spooky PACs,” noting that Rove’s Crossroads GPS recently gave $2.75 million to the Center for Individual Freedom (CFIF) for the purpose of trying to eliminate state-level disclosure laws. As Colbert put it, “So that’s Karl Rove giving anonymous political money to help keep political money anonymous. I believe that’s what our founders envisioned for democracy.”

Colbert’s satirical support of these “spooky PACs” shines a light on a loophole that treats these 501(c)(4)s as “social welfare” groups even though some are arguably involved in real social harm: the proliferation of secret campaign finance dollars. We’ve said it before and we’ll say it again; isn’t it time for the nonprofit sector to step up and demand that it stop being used as an excuse for dismantling transparency in the democratic process? –Mike Keefe-Feldman