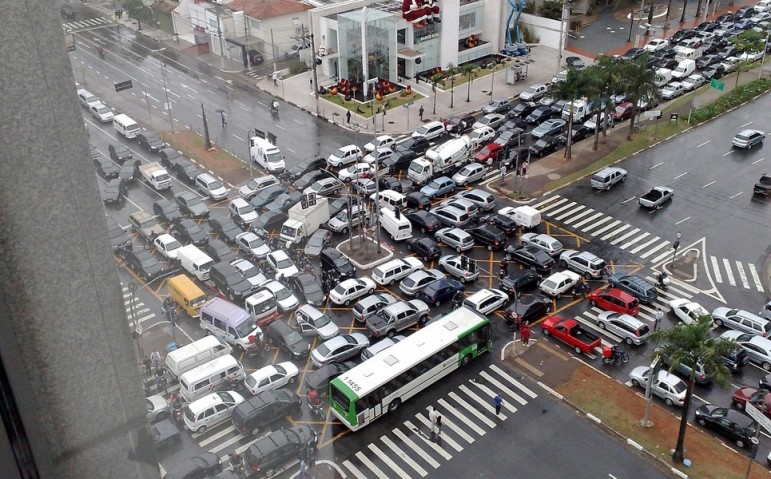 October has begun, and we still can report on the governmental gridlock in Pennsylvania and Illinois. For political junkies, the battle between each state’s governor and legislative leaders over government priorities and taxation is a gripping story. But for the schools, social service agencies, and healthcare organizations funded by the states, and the people who depend on them, the lack of an approved budget threatens their health and welfare.

In January, we’ll have six months left in the current fiscal year at the same time we should be budgeting for the next one. Because of court orders and spending already baked into law, the state already is spending 90 percent of $37 billion—last year’s spending—but its only collecting $32 billion. […] The bipartisan Commission on Government Forecasting and Accountability said state tax revenue collections for the first three months of the fiscal year were down by $1 billion. Comptroller Leslie Munger says by the new year, Illinois will have at least $8.5 billion in unpaid bills and will owe another $4.3 billion to universities and others who have yet to be paid. That’s $12.8 billion owed.

As the state’s governor and legislative leaders continue to blame each other for the impasse, those providing the services the state usually funds are left to deal with meeting current service needs and figuring out what their future will be. Illinois’s domestic violence programs are being forced to rearrange their budgets to maintain even curtailed levels of service. The Rockford Journal Standard recently reported how an agency in its community was faring.

Without an approved budget, about $400,000 due to Remedies Renewing Lives through state contracts for domestic violence services isn’t being paid to the nonprofit, CEO Gary Halbach said. ‘We will be looking at using reserve funding and funding from other parts of our operations to keep the shelter open,’ he said. ‘We are scaling back the number of shelter beds that are open because of having to adjust staffing.’ The shelter has not closed, but it can only accept a far more limited number of women and children. More than 100 women and children were turned away from Remedies’ 40-bed shelter in September as staffing levels dwindled through attrition, Halbach said. He is concerned that there won’t be state money available to operate a 60-bed shelter that is set to open in January on Rockford’s east side.

The Canton Daily Ledger described the impact in its part of the state.

“We’re just hanging on,” said Tolleyene Ray, a director of People Against Violent Environments in Centralia. The southeastern Illinois organization, which offers front-line services like legal assistance for protective orders in five counties, shut its doors for two months. It was later paid for services provided last year and now operates on a limited basis to stretch dollars. Ray takes crisis hotline calls at home. Much of her time has been unpaid.

Illinois colleges are now looking at which students to harm. Lake Land College may have to eliminate its adult education services and a correctional education program, leaving about 9,000 students abandoned, and at Danville Area Community College, as reported at a legislative hearing covered by the Champaign News-Gazette, university officials testified that around 180 needy students would be told that the state cannot cover the costs of their MAP financial aid grants for the spring semester.

“We funded the $88,000 for the fall,” DACC president Alice Jacobs said. “We treated it just as though we had been funded. We can’t afford to do that next semester with the uncertainty that exists. Our hope is to be forthright with (the students). I don’t want them thinking they have something they don’t have.”

While the overall economic problem of Pennsylvania is much less dire than that faced in Illinois, the impact of a frozen government on the ground in Pennsylvania is not much better. The Pittsburgh Post-Gazette described a recently completed survey of social service agencies in its area of the state:

According to…the Greater Pittsburgh Nonprofit Partnership and the Forbes Funds, nearly 60 percent of human service and community development agencies said they were experiencing cash flow issues already and another 26 percent expect they will by November. Some said they would temporarily stop providing services or shut down if the budget is not passed by next month. […] At First Step Recovery Homes in McKeesport, a transitional residence for men recovering from drug and alcohol abuse, Keith Giles has been forced to lay off nine employees because revenues from state contracts are not available.

Leaders in Pennsylvania are hopeful that their standoff will end quickly and a budget will be in place in a matter of days. If so, the long-term harm to that state’s social fabric may not be significant. But in Illinois, many now expect the standoff to continue through at least the beginning of 2016. And if they are correct, there will be many casualties. Fewer agencies will be there to provide needed services, colleges and universities will have more curtailed offerings, and families and individuals will have a much weaker social fabric to support them at times of need.—Martin Levine