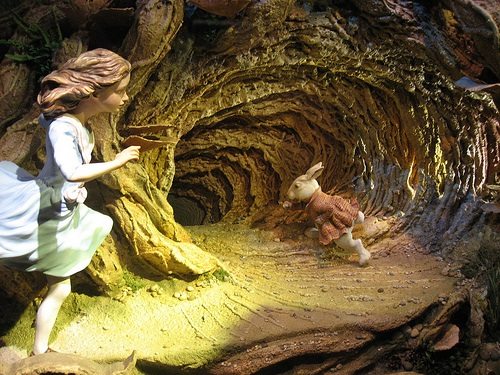 Josh Freedman, a contributor to Forbes, takes issue with the notion that Harvard or Stanford are 501(c)(3) public charities, suggesting that they might be better classified as a separate category of nonprofits or perhaps denied tax exempt status entirely. Their “charitable nature is not quite so clear,” Freedman says.

Taking Harvard as his exemplar, Freedman notes that “most of Harvard’s students are rich…[and] Harvard itself is also really rich, with billions of dollars in its endowment and billions of dollars of property, all of which are untaxed regardless of what they’re for.” (That last statement isn’t quite true; property is exempt from property taxation by virtue of how it is used, not because it is owned by a nonprofit entity.)

Freedman jumps from questioning Harvard’s charitable DNA to toying with problems with nonprofits that may not be quite the way he thinks government’s tax exemption was meant to function. He touches on nonprofits that earn profits (citing a statement from the Institute for Research on Poverty that “nonprofit organizations can be and often are highly profitable”), on the 26 different types of 501(c) organizations, and that “when it comes to oversight of the application process to become a public charity, nearly anything goes.” He concludes, “The best solution is to eliminate the very idea of the nonprofit sector.”

To justify this conclusion, Freedman goes into a number of tortured analytical byways. “The charitable purpose of many nonprofits has been obscured by a profit motive that functions through the proxy of organizational prestige,” he contends. “The primary goal of nonprofits is often to make more money, which serves to boost their status and thus bring in more money in a perpetual cycle.” Maybe that applies to his Stanford alma mater, but we would hypothesize that more nonprofits recall their charitable missions than he gives the sector credit for.

Freedman goes on to contend that “when the words ‘nonprofit’ or ‘for-profit’ are stripped away, much of the underlying structure is identical,” in that they are both corporate entities with characteristics of “legal personhood, managerial power, perpetual existence, and asset shielding.” The only distinction in his analysis is how the corporations distribute profit, and for him, nonprofit profit and for-profit profit are simply two sides of the same coin, except that for-profit profits are distributed to shareholders—the notion of “shareholder value”—which he perceives as a negative, an odd stance for a Forbes columnist.

Somehow, Freedman finds an intellectual cul-de-sac in which he concludes, “If we want to return to a more socially minded corporate role in the economy—which given the power of corporations is probably a worthwhile goal—we would be well-served to eliminate the nonprofit/for-profit split.”

After demolishing the notion of charities, due primarily to the perverted effect of their rampant profits (someone please tell him that most nonprofits don’t make profits, barely have reserves, and are focused on legitimate service, not self-aggrandizement, please!), Freedman the opens the door a smidgen for nonprofits:

“This is not to say that private charities should not exist. They absolutely should, and participation in civil society is an important part of an individual’s and a nation’s ability to thrive. But a robust civil society does not require a separate ‘nonprofit’ sector. The idea of a ‘nonprofit’ sector is instead an historical anomaly, and it actually hurts society by costing public programs oodles of money while implying (incorrectly) that our for-profit corporations can and should be outside of the public interest.”

If this guy had made an argument for a different tax-exempt classification for universities or for nonprofit hospitals or for foundations, the latter omitted from his analysis, he might have had a point worth considering. But Freedman’s diatribe, starting from the questionable charitable qualities of Stanford and Harvard and leading to the notion that the nonprofit sector is all about profits (financial and metaphysical), will get attention (as we are giving it now) because of its extreme positioning, but Freedman’s analytical posturing skips what might be some really useful thoughts about treating some charities as different in mission and type than the bulk of 501(c)(3)s. –Rick Cohen