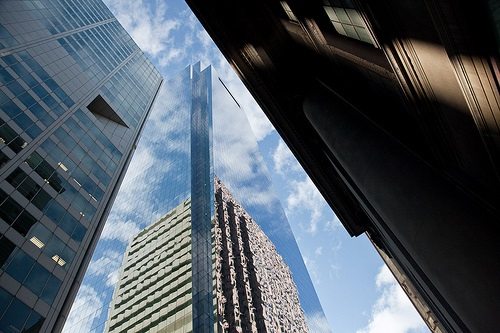 Eric Lipton’s New York Times review of Comcast’s corporate philanthropy and its corporate lobbying suggests that there might have been some overlap between the two areas. Lipton notes that one very early endorsement of the proposed $45 billion merger between Comcast and Time Warner Cable came from the United States Hispanic Chamber of Commerce, which had received $320,000 in grants from Comcast over a five year period.

Comcast acknowledges that it will be looking for lots of endorsements from all kinds of groups, given that the merger between the largest and second-largest cable systems is a red flag for antitrust concerns. Several watchdogs believe that the potential lack of competition after these two behemoths merge will be problematic. Like many other corporate acquisitions and mergers that require government approval, Comcast is looking to see outpourings of statements of support from ordinary citizens and charities—though many, like the Hispanic Chamber, may have been recipients of Comcast Foundation grants, making them a little less than ordinary.

Comcast exec David Cohen (no relation) reacted in high dudgeon to the idea that the Comcast Foundation’s “20-plus-year-old incredible commitment to communities” could be made to seem like “a bad thing—that we are buying off support.” Cohen averred that it isn’t just untrue, but “offensive to the organizations we support.”

Maybe so, but Lipton notes that when Comcast undertook its last mega-merger with NBC Universal, 54 Comcast Foundation grantees wrote to the Federal Communications Commission in support, including such large grantees between 2004 and 2012 as the National Council of La Raza ($2.2 million), the National Urban League ($835,000), the Hispanic Federation ($345,000), the U.S. Hispanic Chamber of Commerce ($320,000), the Congressional Hispanic Caucus Institute ($300,000), the League of United Latin American Citizens ($260,000), the National Hispanic Caucus of State Legislators ($250,000), Women in Cable Telecommunications ($245,000), the National Association of Latino Elected and Appointed Officials ($220,000), and the Elijah Cummings Youth Program in Israel ($180,000)—the latter named after its founder, Maryland congressman Elijah Cummings.

Comcast has a high-powered Washington lobbying team with two former senators in its ranks, Don Nickles (R-OK) and Blanche Lincoln (D-AR). They’ll be out in force, deployed on behalf of the proposed merger. Others vocally oppose the merger, like The Nation’s Katrina vanden Heuvel, Senator Al Franken (D-MN), and “Democracy Now!” host Amy Goodman, but it’s unclear how they will muster the lobbying muscle necessary to out-organize and outdeal Comcast.

On the philanthropic side, it appears that Comcast is relying heavily on minority-led organizations and civil rights groups. In the NBC Universal merger, minority groups argued that they were able to get Comcast to make commitments for greater minority hiring, adding a Latino to the Comcast board, increasing funding for Hispanic scholarships, and enhancing and expanding Spanish-language programming. However, Jeffrey Chester, the executive director of the Center for Digital Democracy, argues that the Latino groups that endorsed the Comcast/NBCUniversal deal “got nothing, all they did was make sure the Hispanic audience would be targeted more effectively through the Comcast-NBC machine.”

Comcast has improved its public image in recent years, vaulting from being named “the worst company in America” in 2010 by the readers of the Consumerist blog to only the third worst company in 2013. Whatever goodwill that Comcast garners as it seeks FCC approval for absolute domination of the cable industry, it does seem that a combination of millions of dollars of charitable grantmaking plus powerful lobbyists adds up to corporate muscle that is hard to beat. Questions get raised, however, about exactly how charitable some kinds of corporate philanthropy might be, given the high priority put on winning friends and influencing leaders in minority communities through grantmaking that might look big, but not in the context of a corporation with $64.7 billion in revenues in 2013.—Rick Cohen