Coming Soon to a Ballot Near You: The “Nonprofit Eight” 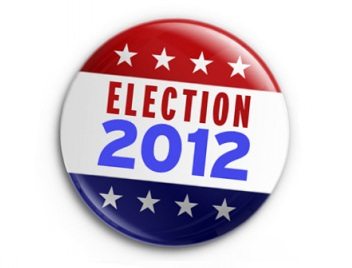 The American electoral process places most of us in the bleachers. Perhaps we make a campaign donation (that is likely outmatched by the flood of “dark money” from larger, secret contributors) or maybe we volunteer to do the manual campaign labor of mailings and canvassing. Still, most people are largely bystanders watching the campaigns—but there are eight nonprofit leaders who will not be in the electoral bleachers this fall. They are running for office and have received the endorsement of CForward, the 501(c)(4) organization founded by nationally known nonprofit advocate Robert Egger.

CForward aims “to support candidates who provide detailed plans for how they would partner with nonprofits, social enterprise businesses and micro-credit programs to create jobs and strengthen the economy.” The group recently announced its eight preferred candidates, all of whom are able to claim that they have worked for a nonprofit, served on a nonprofit board, and, at a minimum, included mentions of nonprofits in their campaign materials. With most primary contests pretty much completed, the CForward slate features eight candidates who will likely be on the ballots in the fall, carrying with themselves the moniker of having the support from the nation’s one PAC (a CForward spokesperson says that they have both a (c)(4) and a PAC) devoted specifically to advancing the nonprofit sector as a means of strengthening the economy. The “Nonprofit Eight” are as follows:

*Kate Bolz, running for the Nebraska State Legislature’s 29th District seat: Bolz is a professional social worker employed by the Nebraska Appleseed Center for Law in the Public Interest and a former legislative assistant at Lutheran Services in America. Her campaign website features brief mentions of her positions on issues such as tax fairness to help middle class families and small businesses, rebalancing the school funding formula in Nebraska to reduce the pressure on property taxes, and training workers to overcome the skills gap. The Bolz platform sounds somewhat more moderate on the issues than those positions supported by Nebraska Appleseed, such as getting Nebraska to accept the expanded Medicaid option so that families living at up to 138 percent of the poverty level can get health insurance coverage under the Affordable Care Act.

*State Sen. Andy Dinniman, running for reelection in Pennsylvania’s 19th District: A former commissioner of Chester County, Pa., Dinniman’s campaign website says he has “worked to reduce government spending and to reform taxes that hurt our businesses” and his platform includes lowering the state’s corporate net income tax rate. His platform also entails requiring energy corporations that are hydrofracking in the Marcellus Shale formation for natural gas to pay host communities for the impacts of their activities and for environmental clean-up.

*State Rep. Ellie Hill, running for reelection in Montana’s 94th District: In 2011, Hill resigned after five years as the executive director of the Poverello Center, a Missoula, Mont.-based homeless program providing shelter, transitional housing, food, and outreach services. Arguing that “corporations are not people,” Hill says she will push for a constitutional amendment to overturn the Citizens United decision, policies that respect “every person’s private decisions about forming intimate relationships” (which we take to mean support for LGBT rights), and efforts to reduce greenhouse gases contributing to climate change.

*Nate Shinagawa, candidate for the U.S. House of Representatives in New York’s 23rd Congressional District: A nonprofit hospital administrator at Robert Packer Hospital in Ithaca, N.Y., Shinagawa pledges to support the Affordable Care Act, require insurance companies to spend at least 85 percent of their revenues on direct health care services, reward companies that create jobs in the U.S. rather than exporting them overseas, and expand access to Pell grants and work-study opportunities to help relieve college students’ graduation debt.

*Sam Singh, candidate for the Michigan House of Representatives from District 69: Singh is the former president and CEO of the Michigan Nonprofit Association, the former mayor of East Lansing, Mich., and is currently a senior consultant to the foundation-created New Economy Initiative in Detroit. Among the CForward-endorsed candidates, Singh may be the best known within nonprofit circles. His platform includes endorsing LGBT rights to partner benefits and marriage equality, support for transfers of technology to entrepreneurial start-up businesses, and increased state aid to public schools (as distinct from the current state governor’s use of the School Aid Fund for other governmental functions and to cut corporate taxes).

*Jefferson Smith, running for mayor of Portland, Ore.: Smith describes himself as a “nonprofit entrepreneur” who founded the Bus Project (providing voter registration, get-out-the-vote, and civic leadership training for young people) before becoming a state legislator. Smith supports transferring public moneys out of national banks and into locally-chartered nonprofit credit unions, taking aggressive steps to help homeowners resist foreclosures, and revamping police department procedures (in line with the impending release of ongoing investigations by the FBI and others).

*Sean Sullivan, a candidate for the Oakland, Calif. City Council: Sullivan is a 10-year employee of Covenant House and a homeless advocate whose campaign website says he led a successful campaign to create a community center for homeless youth in Oakland’s Jack London Square. His platform calls for expanded job training programs for youth, incentives for small businesses, downtown and commercial corridor revitalization, a more visible police presence on Oakland’s streets, and, in a Wilsonian “broken windows” twist, programs “to address the lighting, street cameras, blight and other issues that affect our safety.”

The platforms of these eight candidates run the gamut from general statements to highly specific policy proposals. Interestingly, their platforms also run from the relatively politically progressive (Singh and Hill, for example, expressly identify swaths of their platforms as “progressive”) to the relatively conservative (with emphases on cutting state spending and, in one case, avid support for gun rights and opposition to abortion rights). So what is it that really makes these candidates worthy of the endorsement of what is apparently the nation’s only group focused on promoting the election of nonprofit-friendly candidates?

What makes them stand out from the dozens of people whom CForward considered but ultimately didn’t give its Good Housekeeping stamp of approval? What will it mean to Singh in Michigan or to Hill in Montana that they can brandish a statement of support from CForward? And what does a nonprofit electoral agenda really look like? Is it possible to discern how these candidates fit the bill? And is there even a nonprofit bill to fit?