Community Action Agencies: Too Often in News for Wrong Stuff 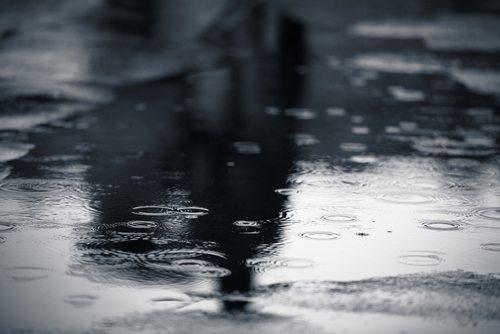 It is a shame that there have been so many prominent press mentions of community action agencies with financial troubles due to charges of mismanagement because the news coverage obscures the amazing poverty-fighting work of so many of these nonprofits. For example, the trucks of the Mid-Michigan Community Action Agency (MMCAA) in Midland deliver boxes of food (packed by special ed students from the regional education district) to 10 distribution points to serve seniors and low-income moms and children, placing MMCAA’s vehicles and warehouse at the center of the area’s continuum of care agencies.

In Lorain, Ohio, the Community Action Agency had its Home Energy Assistance Program (HEAP) office destroyed by storm winds during Superstorm Sandy but kept doing its best to process applications from a temporary location until opening a new permanent location earlier this month; the Lorain County CAA deals with 9,000 people applying for HEAP aid each year and thousands of additional families applying for other energy assistance programs. In Marietta, W.Va., the Washington-Morgan Community Action Agency is running a pilot program of assistance to returning military veterans for employment, training, and other issues. The Wayne Metropolitan Community Action Agency is breaking ground on a mixed-use, low income housing development in Lincoln Park, Mich. to replace its former adult theater uses, including its function as the Hustler Club owned by Larry Flint.

Looking at these and other program examples, you get the impression of community action agencies taking advantage of all kinds of opportunities to do whatever they can that might do something to alleviate poverty. As “legacy” agencies, many created as far back as President Johnson’s “War on Poverty,” they don’t get a lot of the current hype accorded to “social entrepreneurs” in the nonprofit sector, but their approaches to generating programs is often very entrepreneurial—because they have no choice but to be, given the limited availability of anti-poverty funding and the often-tense opposition of other local actors to aiding the poor.

That’s why incidents such as the recent problems at the Community Action Agency of Somerville, Mass. are so troubling, as are press reports of troubles at community agencies in Providence, R.I., Breaux Bridge, La., and Norwalk, Conn. Earlier this year, the NPQ Newswire itself provided coverage of the problems at the Stanislaus Community Assistance Project in Modesto, Calif. Even when the agencies are taking positive, corrective actions, such as agency reorganization after receivership or the replacement of an executive after critical federal audit findings, the information still gets buried within the context of community action agency accountability problems.

The damage caused by such problems is particularly acute for anti-poverty agencies that serve populations in host communities that all too often would rather have those populations simply go away. Given all the good work of anti-poverty agencies, it may be time for the community action agency community to describe vigorously and forthrightly what is being done to bolster the financial accountability of these legacy agencies that often manage multiple streams of government funding for services to the poor. A regime of managerial modernization would boost the image, reputation, and substance of community action agencies in the minds of the American public and in the pages of the nation’s newspapers, particularly if it showed the self-corrective actions these agencies are pursuing in order to ensure that critically needed programs and services for the poor continue.—Rick Cohen