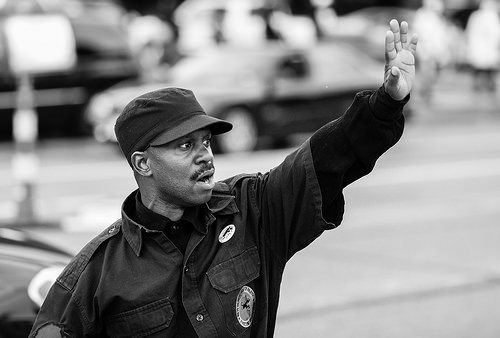 In a statement delivered at Florissant Valley Community College, Missouri Governor Jay Nixon announced the creation of a commission that would conduct a “wide-ranging and unflinching study” on the conditions that led to the unrest in nearby Ferguson with the aim of making the region, not just Ferguson, “a stronger, fairer place for everyone to live.” Nixon added that the purpose of the commission would not be to investigate the killing of Michael Brown, the unarmed young teen shot and killed by police office Darren Wilson, but to “transcend anger and fear” and “move past pain and disappointment.

The anger, fear, and disappointment noted by the governor may refer to the unending series of protests still occurring in Ferguson, partly driven by what some have seen as half-hearted efforts by public officials, including the governor, to address the underlying issues of race that rose to the surface in arenas such as the tone-deaf actions of Ferguson’s mayor, council, and police chief (nearly all of whom are white), as well as the governor’s decision to pursue an indictment through a grand jury process overseen by county prosecutor Bob McCulloch.

Oddly, the governor announced the commission without announcing who would be on it. In his speech, he asked for the public’s help in identifying potential commission members. Citizens have been directed to a state government website to fill out an application if they might want to serve on the “Ferguson Commission.”

It would be hard to imagine that the governor wouldn’t turn to nonprofit leaders to fill some of the commission slots. But would nonprofits really care about taking those positions? Speaking on behalf of a collaboration of activists called Ferguson October, Mervyn Mercado called the commission idea “more empty promises” and “politically toothless.” Why would nonprofits that are really concerned about issues of racial equity spend months on a task force whose report will presumably come after the grand jury decision on Officer Wilson is issued?

The key will be to see whom Nixon appoints as head of the task force. Is Nixon going to appoint someone of the caliber of the late Otto Kerner, the governor of Illinois who led President Johnson’s commission to examine the riots in Watts, Chicago, and Newark? When LBJ created that commission, the nation was struggling with this new and disturbing phenomenon of race riots. The issues of police violence against young black men have been examined and reexamined, both at the state level, often to little effect—for example, Governor Rick Scott’s task force on Florida’s stand-your-ground law, which concluded that it was just fine—and at the national level, as with President Obama’s My Brother’s Keeper initiative, whose results are not yet clear.

Citing Florida and the federal government may be one other reason to dismiss Nixon’s task force as destined to produce little. The issues involving Michael Brown’s death in Ferguson aren’t limited to the geography of suburban St. Louis. These are national issues, as reflected in the National Day of Protest against Police Brutality that was honored on October 22nd. The geographically broad nature of the protests included a Dream Defenders action in Tallahassee, the Stop Mass Incarceration Network in Los Angeles, and Rev. Al Sharpton’s National Action Network in Jersey City. In each of these cities, there have been controversies, many quite recent, concerning charges of excessive police brutality, in all cases involving persons of color as victims.

Governor Nixon, not widely seen as having demonstrated significant and effective leadership in Ferguson, gives the impression of looking for actions more statesmanlike than his performance to date. Racial justice nonprofits, on the other hand, might be interested in something with more substance and likely to lead to necessary corrective action.—Rick Cohen