Community Philanthropy: It’s Not Just for the Wealthy Anymore 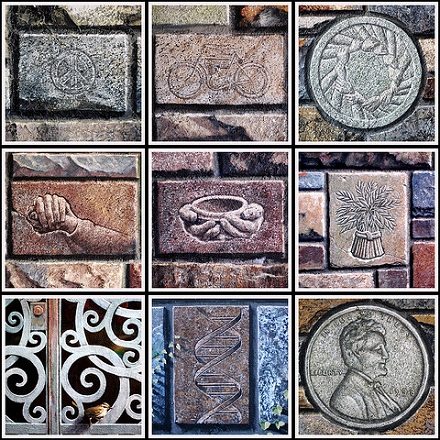 In 2011, the Aga Khan Foundation and the C.S. Mott Foundation sponsored a series of roundtables or consultations in Washington, D.C. Johannesburg, and Dhaka. Philanthropic experts and community activists explored how to stimulate and develop community philanthropy, but the theme wasn’t the usual laser focus on simply amassing more money. As the report by CENTRIS consultant Barry Knight explains, the emphasis was on community philanthropy “as a means of contributing to the sustainability of civil society and supporting the effectiveness of development aid.”

At a briefing at the Aspen Institute in Washington, D.C. on March 1st, Knight described the results of the effort to date. “Philanthropy is no longer the preserve of the rich,” Knight said. “People of modest incomes,” he said, are now “stepping forward” as stakeholders in the future of their communities. The problem for some of us is context. We look at philanthropy from the U.S. context, where typically, though not always, even community philanthropy is directed by a social class that doesn’t connect—in terms of direction and oversight—to the communities that community foundations are supposed to serve.

Knight suggested that community philanthropy around the world “doesn’t happen in easy categories” and that “the assets that local people are amassing are very small.” He said that the new work around the world in community philanthropy—in Kenya, in Turkey, in the Sinai, etc.—had an “open architecture and can be protean in character,” but the “game-changer,” as he called it, is that “people were giving their own money…and the value and mindset was inclusivity and equity, not just about accumulating capital for the use of a particular segment of the community.”

So community philanthropy, as opposed to simply community foundation asset-accumulation, offers a mindset that is contrary to the top-down paradigm of much of development aid. Knight cited Tewa, a foundation in Nepal, with 3,000 local donors. In his report, The Value of Community Philanthropy, he wrote of Tewa:

“Giving is ultimately connected with identity, and a powerful means of bridging different interests and communities, while offering more or less the only hope of sustainable interventions that would transform communities away from aid dependency  …(A) weakness of many NGOs is that their donors own them. In contrast, what distinguishes Tewa from traditional NGOs is that local people using their own money confers legitimacy in a way that no amount of external funding could ever do.”

The fact that the people of Tewa are “donors, not just recipients,” Knight told the Aspen gathering, means that they “don’t start from the paradigm of a deficit…[but instead] they have an asset mindset.”

Joyce Malombe of Wellspring Advisors added to Knight’s perspectives by describing the work of the Kenya Community Development Foundation. She said that community philanthropy and international aid “must embrace African partners and African models of giving.” “The lack of an African voice in the development agenda,” Malombe said, is the missing link, and development aid “is resented as take it or leave it.” The Kenya foundation now has an endowment of $5 million and has distributed some $15 million in grants. “Board members put the first shillings in to show that they (could be) trusted,” Malombe added, with the foundation and its work “being stimulated without government intervention.”

Can the World Bank support community philanthropy? Fink acknowledged that there is no budget “to tap for new initiatives,” as “99 percent of the Bank’s money is tied up in lending.” She raised the pragmatic issue of “how to develop a conversation with a development agency as political and complex as the World Bank,” noting that the Bank’s financial support for community foundations in Moldova and Thailand had “strings.” Nonetheless, she cited the World Bank’s seed funding of the Global Fund for Community Foundations as a step toward recognizing the need for community-directed philanthropy married to international aid.

Crucial in the marriage with development aid, according to Knight, is accountability. He told Aspen, “If people are putting their own money into something, they have the opportunity to stop doing so if things go wrong.” This is distinct from the lack of power and accountability among a community when an external funder is doing something that the community doesn’t like. That doesn’t mean, however, that community philanthropy is automatically a grassroots philanthropic version of Tahrir Square. Malombe acknowledged that some community philanthropy initiatives “can unintentionally reinforce existing power structures in these communities.” She described a long process of working to make governing structures more responsive to—and reflective of—the communities they serve. One observer at the team suggested that these new funds can cause “quite a lot of positive disruption,” citing the work of community funders in East Africa supporting LGBT work.

The relevance of the C.S. Mott/Aga Khan consultations to the U.S.? Knight’s report highlights several factors that foster the development of community philanthropy, including local leadership development, transparency and accountability, the involvement of local people, the ability to manage diversity, and more. These international models have much to teach American community foundations. Aspen’s Janet Topolsky cited the geographic affiliate funds being developed by the Nebraska Community Foundation and the motto of the Black Belt Community Foundation of Alabama—“taking what we have to make what we need”—as representative of an emerging U.S. transition from community foundations into community development philanthropy. “It’s not just giving to just to do good,” Topolsky said, “but giving for change.” The key is not (or not just) how much money is being raised and distributed, she said, but “how many people are giving, how many people are involved in the governance.”  “Participation,” she said, “is the new endowment.”

Perhaps most important was a commentary Knight offered in response to a suggestion from Jennifer Barsky, a former Nike Foundation officer now working on philanthropy for the World Bank and the IFC. Barsky asked why the focus of the effort was on community philanthropy rather than community investment.  Knight responded with a definition that is worth remembering. He said that in community philanthropy, “people do things because they’re right, not because there will be a return on investment.” Philanthropy is a “much wider term,” he said. Perhaps thinking of who populates the World Bank and other development agencies, Knight added, “We must get more strategic about our language if we’re going to be convincing economists. Economists don’t have it right about how to evaluate….there are many more factors involved.”

Indeed, philanthropy is much more than investment. Community philanthropy, if done with a bottom-up perspective, may not “conform to the idea types of organizations,” Knight writes, but “community philanthropy in the sense of ‘local people helping each other, by sharing resources for the common good,’ is a naturally occurring asset, found in all communities and cultures, and encouraged by all major religions and traditions.” Let’s hope that people who think through the lenses of investment and economics can spot the human, grassroots, community-based elements of a recipe for social change in development communities around the world—and in the U.S.