In a conflict like Syria’s, which has raged on for nearly a decade without an end in sight, any positive step is a thing to be celebrated. This week, a cautious agreement between aggressors established “de-escalation zones” where humanitarian aid may be more safely distributed and refugees are encouraged to return.

A reporter from Al Jazeera was present at the talks in Astana where a leaked copy of the agreement was provided to AFP. He disclosed where “the locations of the ‘de-escalation zones’ are likely to be: Idlib and the Turkmen mountains, parts of Homs governorate, and areas on the outskirts of Damascus—including Ghouta—and in Deraa in the south.” The de-escalation zones do not contain any territory controlled by ISIS or Al-Qaeda affiliates. 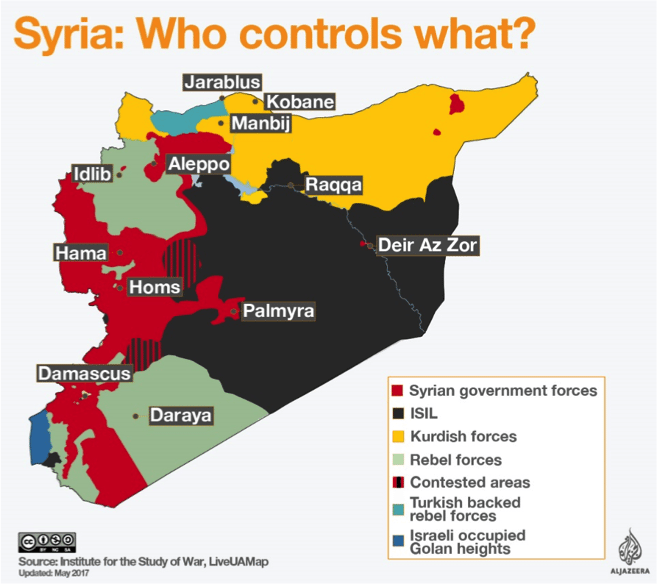 Under the agreement, the Syrian government and the Russians would cease flying over the zones for six months unless there are what Russian representative Alexander Lavrentyev described as “attempts to destabilize the situation.”

The Syrian opposition has suspended their participation in the talks because they object to Iran’s being a signatory to the agreement, as “they are aggressors.” The opposition also objects that there is no guarantee of “the unity of the Syrian territory,” according to rebel spokesman Osama Abu Zeid.

The tentative agreement is no guarantor of relief for Syrians; government forces have previously stopped aid from reaching civilians during a ceasefire, and most of the country’s medical infrastructure is destroyed or vastly diminished. Furthermore, the agreement does not yet contain any details about how the zones will be enforced.

The U.S. State Department sent a representative to the talks, but is not a direct participant so far. The U.S. says it has “reason to be cautious.” State Department spokeswoman Heather Nauert said that the U.S. shares the opposition’s concerns about Iran’s role as a guarantor and about whether the government will really halt its attacks.

Still, any positive step in this conflict-torn region is a reason for hope, however small. Nearly a half-million people have died in the conflict so far, without much progress toward a solution. Let’s hope that heroic NGOs, like the White Helmets and MSF who’ve been operating in the region, will have a chance to deliver aid while the small bubbles of calm last.—Erin Rubin