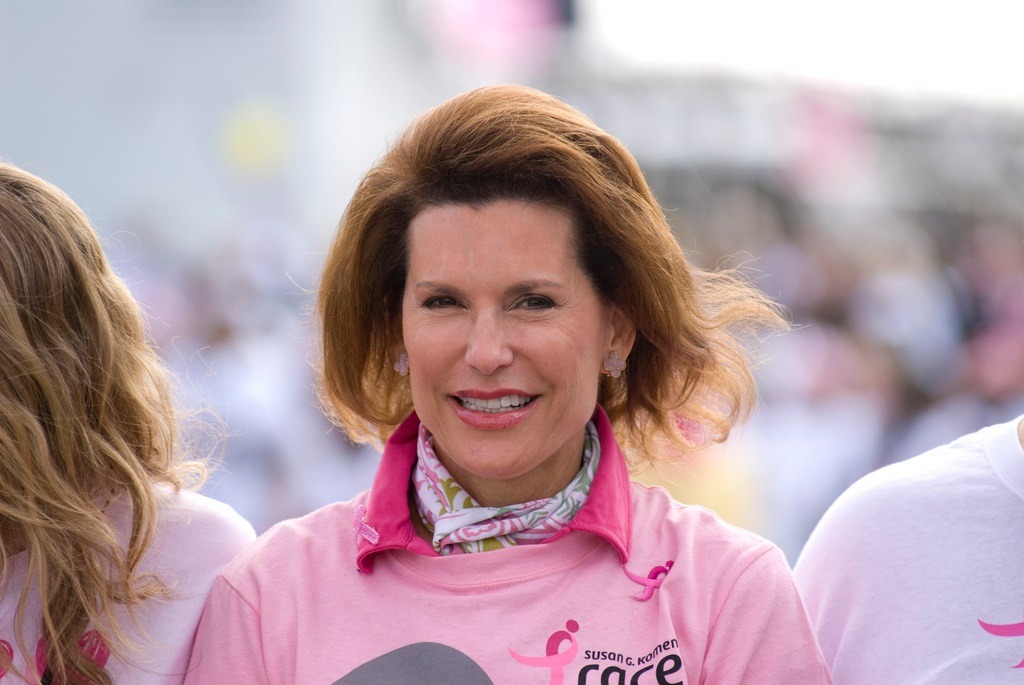 Sometimes you simply have to wonder what is going through the heads of our nation’s legislators, whether you agree or disagree with what they do. Did you know that there was a bill introduced by Rep. Carolyn Maloney (D-NY) to create commemorative $5, $1, and 50-cent pink coins to recognize breast cancer research—with the proceeds to go to the Breast Cancer Research Foundation and to Susan G. Komen?

Yes, Susan G. Komen (formerly “for the Cure”), the organization whose “brand equity” plummeted after organizational turmoil in 2012 after it tried to pull funding from Planned Parenthood and then reversed itself after widespread protests that the funding it was providing had nothing to do with abortion rights. For its decision to bow to anti-abortion protesters and politicize women’s cancer screenings, Komen lost about 22 percent of its donations in one year. (The prime mover behind the Komen action was Karen Handel, who had run for governor in Georgia as a Republican on a strong anti-abortion platform, though few people think that Komen founder Nancy Brinker wasn’t fully involved and informed.) Ironically, the Maloney bill which had been on a fast-track process due to its overwhelming bipartisan support, including 142 Republicans among the bill’s 307 co-sponsors, was pulled after Heritage Action called on Republicans to reject the bill because of Komen’s link to Planned Parenthood.

Maloney’s bill, introduced on just June 10th without a lot of attention, called for 50,000 $5 gold coins, 400,000 silver dollars, and 750,000 half dollars. Komen and the Foundation would split the money made on surcharges for the sales—$35 per gold coin, $10 per silver dollar, and $5 per half dollar. By our calculation, the pink coins would have generated $9.5 million for the two cancer charities—not a princely sum, but clearly a nice turn for Maloney to benefit those two groups without having to risk much of a political downside—but for the intervention of Heritage Action.

Commemorative coins have been issued for lots of different causes, sort of the federal counterpart to state vanity license plates. The best selling commemorative coin is the U.S. Marshalls Service Proof Silver Dollar, whose proceeds will benefit the yet-to-be-created U.S. Marshalls Museum in Fort Smith, Arkansas. (The coin shows a nineteenth century–looking marshal holding a warrant that says, “Wanted in Fort Smith.”) Last week, President Obama signed a bill authorizing the coins commemorating the 100th anniversary of Boys Town, established outside of Omaha in 1917 by Father Edward Joseph Flanagan. Limited to the approval of only two commemorative coins a year, the other 2017 coin will honor the centennial of the Lion’s Clubs. The Komen coin would have been issued in 2018.

Other recently introduced commemorative coin bills include H.R. 2978 to honor the Thirteenth Amendment (introduced by Rep. Danny Davis, D-IL), H.R. 2980 to honor the Mayflower (by Rep. Bill Foster, D-IL), H.R. 2906 to honor the 50th anniversary of the Texas Western College Men’s Basketball Championship (by Rep. Beto O’Rourke, D-TX), the Pro Football Hall of Fame (by Sen. Rob Portman in the Senate and Rep. James Renacci in the House), and H.R. 2726 for the Apollo 11 50th Anniversary (by Rep. Bill Posey, R-FL).

There’s no argument to be made against the legitimacy of fundraising on breast cancer research, though many other diseases are just as devastating and have much less fundraising directed toward them. The introduction of Komen into the equation, however, raises questions about whether Maloney or her 300-plus cosponsors were doing any kind of analysis concerning not only the Brinker/Handel brouhaha that politicized cancer screenings (and gave an opening to Heritage Action) but the numerous controversies over Komen’s pinkwashing strategies (including pink-branding products that were bad for health, including even carcinogenic), the withdrawal of Komen from supporting embryonic stem cell research (another step that critics think demonstrates Komen’s caving to right-wing critics), and until she stepped down, Brinker’s own massive CEO salary of $684,717 in 2011–2012, a 64 percent raise over the previous year.

In 2002, Breast Cancer Action launched the “Think Before You Pink” campaign, raising questions about the uses of the moneys that Komen and others generated through their cause-related marketing campaigns, the nature of the corporations that were benefiting from the pink ribbon campaigns beyond whatever they might have put in, and the political allegiances they were endorsing. It would appear that Maloney went pink without taking much time to think.—Rick Cohen