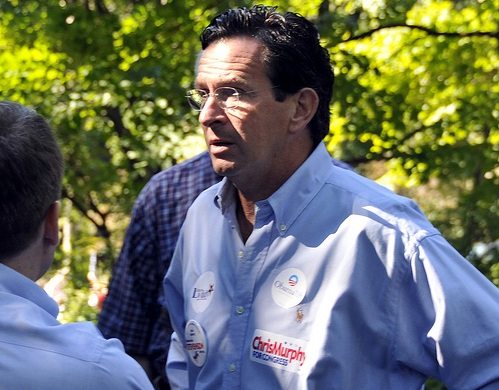 In a time of decreasing investment by local and federal government in the work of its nonprofit partners, it is always a pleasure to hear of new initiatives to help bridge the gap in funding. As NPQ has frequently noted (for instance, in the case of New York City), the idea of social impact bonds is one such initiative. However, one of the basic needs of nonprofit organizations is to be able invest in infrastructure that can increase efficiency and lower costs. These are investments that are not directly related to program delivery, of course, and most funding sources want to see their investment have direct results reported in the form of outcomes. Most of the experiments with the aforementioned social impact bonds work that way.

But the Hartford Business Journal reports that the Connecticut Gov. Dannel Malloy has announced that his biennial budget will include a state bond pool that will allow nonprofits to invest in capital projects that will lower administrative costs and improve infrastructure to enable better delivery of services. Gov. Malloy announced that this $20 million pool would assist organizations working with people with physical, mental, or developmental disabilities. The types of projects that will be encouraged generally would cost less than $1 million, such as investment in software that would create efficiencies or converting to natural gas heat and thereby lowering administrative overhead costs. As a bonus, the promised legislation would also streamline the application process.

Not surprisingly, the Hartford Business Journal references several nonprofits which already have a laundry list of “shovel ready” projects and which cannot wait for this legislation to pass. Ron Cretaro, the head of the Connecticut Association of Nonprofits, is encouraged by the proposed bond pool program, calling it a step in the right direction. Cretaro’s one hesitation, however, is a fear about the possibility of these funds being taken from existing allocations to nonprofits, thereby shifting money from one pocket to another rather than adding to the overall investment.

But assuming Malloy’s proposal is an “in addition to” and not an “in place of” budget allocation, this is encouraging. There are a limited number of funding sources willing to invest in a nonprofit’s infrastructure. Milwaukee’s Nonprofit Management Fund is an example, but these funds tend to support relatively small, short-term projects. So kudos to Gov. Malloy for thinking about how to invest in nonprofit infrastructure since, as for-profit companies also know, without an infrastructure, there is no program and there are no services. –Rob Meiksins