Considerations for the Disaster Relief to Nepal 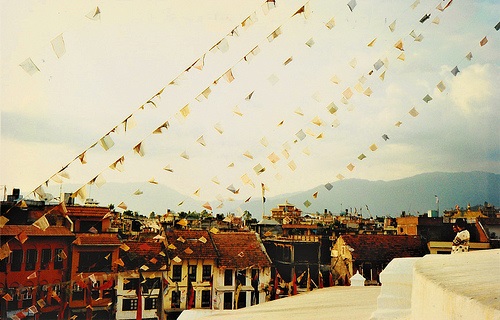 If readers have been concerned about the responses of governments and donors to the earthquake relief effort in Haiti, they know this past weekend’s events in Nepal constitute a challenge that will test anything and everything we have learned about responding to disasters. Nepal is one of the poorest countries in the world, but also one of the most remote and isolated. The death count as of this New York Times article was 2,400, but everyone knows that that number is likely to grow massively. Reports say that 80 percent of the homes in rural Nepal, which is Nepal outside of Kathmandu, have been destroyed, and that means that those displaced people are now exposed to the vulnerability of living in the cold mounts of the Himalayas without shelter and other resources. The first earthquake, rated at 7.9 on the Richter scale, has been followed by aftershocks of over 6.7, which would be considered major quakes in other places in the world. Moreover, these earthquakes were shallow, meaning that their damage was appreciably worse than deeper earthquakes.

Nepal was already a place where international NGOs were in operation responding to the deprivations of Nepalese, but now they are compelled to move into disaster relief. However, as Sanjay Karki, the country director for Mercy Corps, an international aid organization, noted, members of his own staff had lost their homes and others were camping in the streets waiting for the aftershocks to subside. Some members of his staff had lost their homes, and although his own house was still standing, his extended family in Kathmandu was camping outside until the aftershocks subsided. With the aftershocks, Karki said, “We really don’t know what to expect so everyone is in a state of panic.”

“We’re just gearing up,” said Roger Hodgson, deputy country director in Nepal for Save the Children. “People have been resilient. But it’s been difficult to get people and supplies into the country, especially to rural areas far from Kathmandu.”

It is a horrendous situation, but will donor countries and donor organizations learn from the lessons of Haiti? Hopefully so, but if so, that means several things:

Philanthropy is very quick to respond to a natural disaster with emergency relief. Will it respond to Nepal over the long term in a way that doesn’t have donors repeating the mistakes of Port-au-Prince in 2010 in Kathmandu in 2015?—Rick Cohen