Contest Philanthropy Mutates—Can It Be Made to Fit? 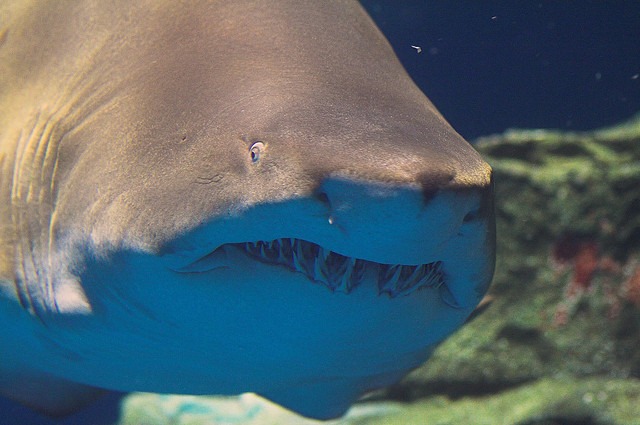 It’s no secret that NPQ is not a big fan of contest philanthropy, but we are appreciative of taking the best of an overall abominable idea and using it for good.

The idea of “venture philanthropy” is not new, nor is the practice of making nonprofits compete for funding while admonishing them to cooperate. In 2014, Nonprofit Quarterly outlined the basic tenets of this way of giving, as some major donors make use of a model of engaged investment (also not a new notion). Recent variations on this theme of lusting after business methods while wanting to appear hip have included the “shark tank” for nonprofits, adapted from the reality show of the same name.

An article in the Statesman Journal outlines a program in Salem, Oregon, that is a takeoff on this bizarre bazaar atmosphere: a “Share Tank” sponsored by a group called the Center for Community Innovation. Nonprofits are invited to pitch their ideas to a panel of philanthropists who have control over a pot of money—in this case, a bit over $300,000—in front of an audience. The benefits may be multiple in that organizations may learn to communicate their programs in more effective ways while they build relationships with new donors in new ways and learn valuable tips directly from funders. Additionally, it exposes audience members to their work, and it provides an opportunity to connect with other nonprofits and learn about their programs.

In this case, the Center for Community Innovation received 43 applications from 36 nonprofits. These were narrowed to five finalists: The Joys of Living Assistance Dogs, Marion-Polk Food Share, the IKE Box Coffee House, the Liberty House child abuse assessment center, and the Salem Art Association.

The presenter for Salem Art said she found the experience valuable for the critical but high-mannered feedback she received on her pitch. She added that you don’t know what you can improve upon until you get critiqued—a problem in fundraising, where the reasons for rejection are sometimes hard to discern. Her project is looking for money to increase accessibility for people with disabilities to a local arts venue. The other projects were similarly grounded in community need and creativity.

The pitches will be videotaped and uploaded to YouTube to extend the opportunity to catch the eyes of givers.—Shannon Anglero and Ruth McCambridge

Shannon Anglero is the Development and Public Relations Director for EECM in Pittsburgh, Pennsylvania. With nearly 10 years of development experience, Shannon is in charge of building the strategic funding plan for the agency, diversifying revenue streams, writing grant proposals, building relationships with major donors, building awareness for the agency, and telling the organization's story in a compelling and meaningful way. Along with working in the human service field, she has experience in education and healthcare fundraising. Shannon lives in Pittsburgh with her husband David and two dogs where she enjoys cooking, watching and playing sports, and reading.