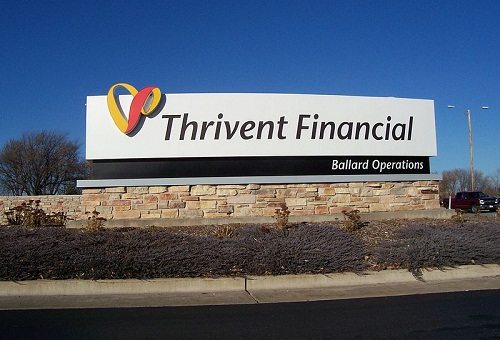 In an effort to give its clients a say in how some of its charitable dollars are invested, Thrivent Financial for Lutherans has created a program called Thrivent Choice. Eligible members are given Choice Dollars, ranging from $25 to $5,000 of Thrivent’s charitable outreach funds, and can identify which charitable causes will receive the money. Launched in 2010, more than $170 million of Thrivent Choice Dollars has been invested in charities around the world as directed by eligible members. In 2011 alone, St. Jude’s Hospital was awarded over $200,000 through the program.

However, the program has not been without controversy. Recently, it was revealed that various chapters of Planned Parenthood and NARAL had been recipients of donations through another of Thrivent’s programs, which matches the gifts of members. This caused something of an uproar among Lutherans who are not supportive of these organizations. The issue is that even though it was a matching program on the records of those organizations, Thrivent is still listed as the donor.

So instead of simply not funding Planned Parenthood, a la the Komen Foundation, Thrivent has adopted a purportedly “neutral” giving policy. Essentially, Thrivent acknowledges that there are topics and issues that divide our society in dramatic ways, and since the organization has so many members, there are going to be strongly held but completely divergent opinions on these topics. Thrivent, then, has decided to not support organizations on either side of hot-button issues such as abortion, sexual orientation, or guns. Quoting from the policy, Thrivent will not “provide outreach funding or support to organizations and issues that distract, or have the potential to distract, from its common purpose, which is to guide its members and society to be wise with money and live generously.”

Unfortunately, this decision has caused just such a distraction. A local newspaper in Michigan reports that at least one church is taking exception to this measure, arguing that the choice not to fund pro-life organizations is in itself a policy choice. The pastor has decided that funds his church receives from Thrivent’s charitable giving will be redirected to pro-life organizations. Which, according to Thrivent, is just fine; once they have given to a parish, Thrivent says, they can do whatever they want with the money.

Thrivent has a history of being quite an anomaly, charting new and unique paths. Recently, NPQ reported on an effort to convert its bank into being a credit union. As a nonprofit organization, Thrivent is well within the ranks of the Fortune 500 list and the fourth-largest privately held company in Minnesota, where it is based (along with an office in Appleton, Wisconsin). A brief amount of research identifies no other such policies among foundations and corporations. The company is correct in stating that views on these topics diverge greatly. Even among various Lutheran synods, the ELCA is considered relatively liberal on social issues and the Missouri synod quite conservative. So, this measure ensuring that Thrivent’s name does not appear on the donor lists of any controversial topic makes some sense, as does the stance that recipients of donations may redirect that money as they see fit.

It will be interesting to see how this neutrality plan plays out, and if it becomes a trend among philanthropists. If so, how will that impact organizations involved in those hot-button topics?—Rob Meiksins