Convictions of Al Jazeera Journalists: An Issue for Nonprofits 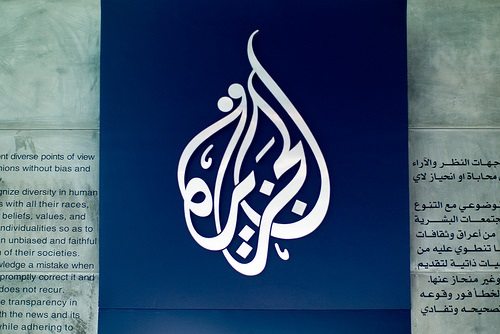 This isn’t specifically a nonprofit story, but it really is one at heart. We’ve been watching the horrendous process of the jailing and trial of three Al Jazeera journalists by the Egyptian government for allegedly spreading false news and conspiring with the Muslim Brotherhood, which Egypt’s military government has banned. Earlier this week, an Egyptian kangaroo court convicted the journalists, consigning two to seven-year sentences and one to a sentence of ten years only one day after Secretary of State John Kerry showed up in Cairo and pledged to deliver hundreds of millions of dollars in military assistance plus a batch of Apache attack helicopters to the country. It seems clear that the Obama administration is on track to resuming the full $1.3 billion annually in military aid to Egypt that had been suspended after the military coup.

Kerry shouldn’t have been surprised by the conviction. The Al Jazeera journalists had been in jail for over 170 days prior to Kerry’s meeting with the government of Egypt’s newly elected president, General Abdel Fattah al Sisi. Kerry even applauded Sisi’s commitment to reform Egypt’s judicial processes and human rights laws. Maybe Kerry had overlooked the Egyptian courts’ mass trial convictions and death sentences for nearly 600 people and reconfirming of the death sentences just this week of some 180, with more to come.

Reflecting the farcical nature of the verdicts, defendant Baher Mohamed got those extra three years for possession of a weapon, which happened to be a spent bullet he had picked up as a souvenir of a protest.

Holding these journalists for half a year—and ordering death sentences for hundreds of protesters—must not have registered prior to his meeting with Sisi, but after the convictions of the Al Jazeera journalists, Secretary Kerry called his Egyptian counterpart and registered America’s “serious displeasure at this kind of verdict.” To the press, Kerry described the verdicts as “chilling and draconian,” though they don’t seem to have been serious enough, at this point, to warrant pulling back the Apache helicopters.

Given the Kerry visit to Cairo, Obama administration personnel are unlikely to replicate what CNN’s Christiane Amanpour did during her CNN International Show by holding up a #freeAJstaff sign. Amanpour has joined an international campaign to support the Al Jazeera journalists, citing the chilling nature of the Egyptian verdicts. Reporters Without Borders counts 167 journalists (including the three Al Jazeera journalists) in jails around the world and ranks Egypt 159 out of 180 countries in terms of media freedom. That ranking was presumably before the sentences came down on these three AJ staffers, converting them from prisoners awaiting a show trial to prisoners who could spend many years in Egyptian jails.

If there is a core value of the nonprofit sector that rings true, here and overseas, it is the nonprofit sector’s commitment to free speech and human rights. Mass convictions and death sentences by the Sisi judiciary, before and after Kerry’s visit, are an abomination and should be condemned by nonprofits of all stripes. Similarly, for the Obama administration to cuddle up to the Sisi government in light of the past year’s judicial travesties should be an embarrassment for all of us.

On top of all that are the convictions of the three Al Jazeera journalists. They had the advantage of an international media company advocating on their behalf, even though it didn’t stop the prison sentences. Imagine the situation of local journalists who get roughed up and jailed on a regular basis in countries run by thug governments along the likes of the Sisi military. Every nonprofit with a blog, a newsletter, or a more formal journalism outlet—like Nonprofit Quarterly—should be outraged and vocal about the events this past week in Egypt. It may be time for many of us to change our marketing taglines to #freeAJstaff (which @cohenreport has tweeted regularly) if we have concerns about our core missions.—Rick Cohen