Corporate CEO Confidence Drops Again: How Will Your Nonprofit Fare? 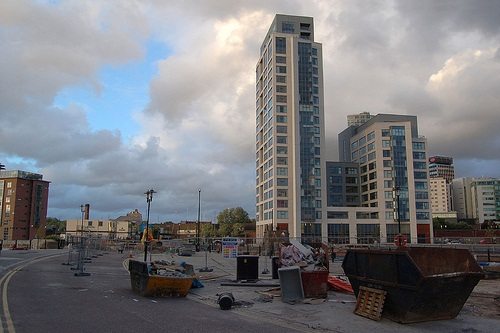 Do global CEOs know something that we don’t? Uh oh, run for the hills with your 401(k) tucked under your arm! The 16th Global CEO Survey conducted by PricewaterhouseCoopers finds that the confidence of global CEOs in the potential growth of their companies has fallen for the second year in a row. Back in the good old days of the 2011 recession, 48 percent of surveyed CEOs were confident that things were getting better, but that dropped to 40 percent in 2012 and reached 36 percent this year.

There’s an anomaly in the findings. While the CEOs seemed to be a bit gloomy about the prospects of their own companies, more than half (up four percent from last year) of the CEOs thought that the overall 2013 global economic environment would pretty much stay the same. So it’s a lot of the global economic picture is okay, but my company is tanking, eh?

Here’s another point to note about the PricewaterhouseCoopers survey: CEOs in North America and the Asia/Pacific region registered double-digit declines in confidence. Only Latin American CEOs reported a rise in confidence. Western Europeans were the least confident CEOs; just 22 percent expected growth (compared to 39 percent in 2011). Are the Western Europeans sending us a message about what Greece, Italy, and Spain mean? Are the Latin American CEOs flexing their biceps based on the extraordinary economic advances of the Brazilian economy?

About one-fourth of the surveyed CEOs think that the world economy is going to deteriorate in 2013. Speaking for the gloomy CEOs, Howard Lutnick, the CEO of the Cantor Fitzgerald financial firm, linked the problem to the latest impending fiscal cliff: “You’re going to watch the U.S. do crazy, crazy things this year,” he told CNN, predicting a standoff between President Barack Obama and Republicans who don’t want to raise the debt limit without getting offsetting budget cuts. Lutnick predicted that a failure to deal with the next cliff would lead the U.S. and the world economy into a “dreadful” 2013. Will Congress act? Lutnick’s words don’t give a sense of confidence: “Off the fiscal cliff we go. We [the U.S.] are irrational and we are silly…we are dopey.”

How confident are you, dear reader, in your organization’s prospects in 2013? Don’t tell us whether you think charitable giving will be up or down, because we’re all about more than just charitable donations, but give us your read on your nonprofit’s organizational health and your impression of the U.S. economy’s prospects. Specifically, we’d love your thoughts on these two questions:

Let’s see if the nonprofit sector’s outlook lines up with or rejects the view of the world’s corporate titans. —Rick Cohen