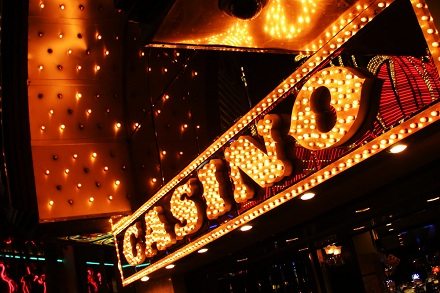 If you gamble at a casino, the odds are stacked in favor of the house, whether you’re playing blackjack, craps, baccarat, or the “one-armed bandits” (slot machines, for those not up on their gambling lingo). Does that extend to the casinos’ philanthropy? Would you bet against them when they have millions to gift to deserving (or perhaps less deserving) charities?

The case being fought in the courts at this very moment concerning Steve Wynn’s Wynn Resorts raises a fascinating set of questions concerning the corporate philanthropy of casinos. Apparently, Wynn was extremely generous to the University of Macao Development Foundation in China. The Chinese government uses this former Portuguese colony as a haven for casino gambling (reportedly a $33.5 billion gaming market). Wynn’s philanthropic juices must have been welling up in 2011 to the point where he burst out with a $135 million gift to the Foundation ($25 million up front and then $10 million a year through 2022). A former director of Wynn’s shop complained to the U.S. Securities and Exchange Commission (SEC) that the donation was really a bribe and a violation of the Foreign Corrupt Practices Act.

What could make this donation a corrupt transaction? The press release of two private law firms also investigating Wynn cites three points made by former Wynn director and Japanese casino magnate Kazuo Okada’s lawsuit: “(1) the Foundation is connected to government officials who regulate gambling in Macau; (2) the Foundation sits on government owned land; and (3) the final installment of the payment is due in ten years, the precise moment when Wynn’s Macau gaming license is set to expire.”

Okada was under investigation for allegedly having plied Philippine government officials with bribes, including giving them luxury rooms and dinners at Wynn’s Macau casino/resort. Apparently, Okada (once the owner of 20 percent of Wynn) is planning a casino in the Philippines that could compete with Macao for Asian high rollers, reportedly prompting Wynn to stimulate the investigation of Okada, though Wynn, in turn, believes Okada got the SEC to investigate him as a diversion from concerns about his Philippine bribery. Meanwhile, one of Wynn’s shareholders, the Louisiana Municipal Police Employees’ Retirement System, just filed suit against Wynn for potential corrupt practices violations, though it apparently has also previously sued Sheldon Adelson’s Las Vegas Sands along the same lines for its Macao operations.

Although still operating in Las Vegas, Wynn earns three-fourths of his revenues in Macao. Like his Sands competitor in both Vegas and Macao (Adelson), Wynn views President Obama as a “socialist” (somewhat ironic considering Wynn takes advantage of the state capitalism of China). Although the billionaire Wynn is one of the 500 richest people in the world, his family philanthropy isn’t particularly noteworthy or generous. We looked at the 990s of the Stephen A. and Elaine P. Wynn Foundation and saw the following grants:

These were the billionaire Wynn’s family foundation donations, which might not reflect all of Wynn’s personal giving. Still, nothing comes close to his generosity to Macao.

Wynn’s family foundation grantmaking doesn’t include what Wynn Resorts might have made in terms of corporate philanthropic grants, but the company doesn’t appear to have a corporate foundation, so there is no specific reporting on the company’s giving. Its most recent 10-K filing with the SEC references and explains the donation to the University of Macao Development Foundation in light of the controversy with Okada, but doesn’t reference any other contributions. The Wynn Resorts website features a page specifically directed to corporate responsibility in Macao that references the corporation’s programs of scholarships to local universities, community engagement, local workforce development, and purchasing deals with locally owned and operated businesses.

Wynn is now pitching a plan for a new casino in Foxborough, Mass. in partnership with New England Patriots owner Robert Kraft. The $1 billion casino-resort plan promises lots of revenues for Foxborough and Kraft has proposed to kick in sewer line improvements for the area. If Foxborough is smart, it could make some Macao-like demands on Wynn on behalf of nearby Stonehill College to see whether the gambling magnate will ante up with a social responsibility program for a small community along the lines of Wynn’s commitment to Macao. Just don’t call it a “corrupt practice.”—Rick Cohen