Disasters & Recovery in the US, Management of Arts Organizations, Policy 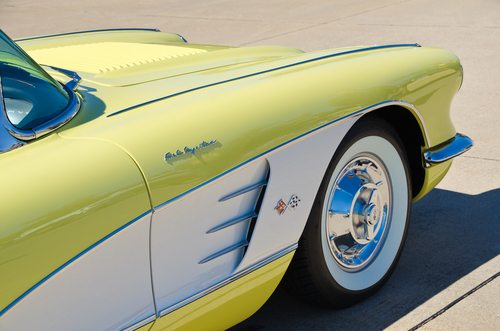 What’s that saying again—men plan and God laughs? Some eventualities just creep up on you. The nonprofit National Corvette Museum in Bowling Green, Kentucky, suffered an unanticipated crisis Wednesday morning when a 40-foot-wide sinkhole opened up underneath a floor that held eight rare Corvettes. A video of the incident can be seen here. (Don’t watch it if you love Corvettes.) In its press release, the museum, which attracts 150,000 visitors a year, said, “It is with heavy hearts that we report that eight Corvettes were affected by this incident.”

“This is going to be an interesting situation,” Museum Executive Director Wendell Strode said, adding that structural engineers from Western Kentucky University’s engineering department were at the museum checking out what could and should be done. In fact, we have a video of their drone-facilitated view of the situation.

Bowling Green is where General Motors builds the Corvette. The city is in Kentucky’s Western Pennyroyal area, where deep caves run underground. We imagine that this organization probably has constituents with deep reserves of passion for the cause, and that the institution will probably be fine after it figures out the structural concerns.—Ruth McCambridge