Courage, Humility and the Fundraising “Ask” 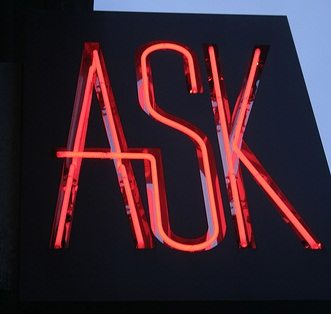 Greens. Banknotes. Moolah. No matter what you call it, dollars lie at the heart of every nonprofit organization. And if “money” were the noun in this old school SAT analogy, then “fundraising” would most certainly be the verb. While the big, national nonprofit organizations have the resources and the luxury to create fancy, media-driven fundraising campaigns, when I was working with my first nonprofit in college, we were a small, local organization and about as grassroots as it got.

Texas 4000 is an Austin, Texas-based nonprofit committed to spreading hope, knowledge, and charity about cancer. Our cornerstone event is a 4,500-mile bike ride from Austin, Texas to Anchorage, Alaska undertaken by 50 University of Texas students every summer. Each rider had to raise a minimum of $4,500, a meaningful tribute of $1 per mile that we pedaled. As college students, we certainly didn’t have fundraising know-how beyond the basics: letter-writing campaigns, small fundraising events thrown in our hometowns, and panhandling at busy Austin street corners. Yet, I couldn’t have imagined a more fitting way to be introduced into the social sector, and it was through the latter endeavor—panhandling—that I learned some of my most important lessons in kindness, humbleness, and the true meaning of an “ask.”

You can picture the classic snapshot of down and dirty metropolitan life: homeless or downtrodden individuals who stand begrudgingly on the side of a busy street and hold up a handwritten cardboard sign that reads, “Homeless,” “Lost my job,” or “Anything will help.” If you had driven down the busy intersection of Sixth Street and Lamar in Austin about two years ago, you would have very likely seen me or one of my Texas 4000 teammates holding up a similar sign with a similar request for help. Stepping out on that street corner for the first time with my neon poster and the plastic pitcher that served as my collection bucket, I was terrified of participating in such a deliberate and direct ask for money, and from strangers no less.

It was a lesson in complete and honest humility. It’s easy to sit in the safety of your car, windows up, music playing, and watch behind your windshield as a panhandler walks by you. It’s even easier to drop your gaze or stare right past them as they approach. Being out on the streets taught me two very important things. For every person who had so kindly rolled down their window and offered me spare change or a spare dollar, there were twenty people who simply looked the other way. Most were simply too afraid to make eye contact and acknowledge my existence, likely because it is easier to ignore a situation one is uncomfortable with than to acknowledge the problem and still not do something about it.

With every failed acknowledgement, I learned to hold my head up a little higher, to smile wider and to not be afraid to make the ask. Even though I wasn’t depending on this money to survive, I learned a great deal about the courage it takes for others to stand out there and ask for help. Please understand that I am neither advocating for panhandling as a way of life nor devaluing the importance of earning one’s keep. But for anyone who says that panhandling is the easy way out? It’s one of the hardest things I’ve ever had to do. It’s uncomfortable to ask people to give you a handout when you need help. It takes courage to be the one that everyone can see—and judge—from a comfortable distance.

The second lesson I learned was that, whether your “sign” asks others to donate to a larger cause or to contribute to your next personal meal, asking for money is still asking for money. And in many ways, isn’t that what all nonprofits do and/or want to do better? Aren’t nonprofit organizations all just professional beggars and virtual panhandlers? Everything from e-mail solicitations and sophisticated marketing campaigns to social media blasts are just nicer, more stylized forms of signs on cardboard. Sure, they have the ability to reach more people and to go viral in a matter of minutes or hours, but the message? The message is the same: give us your money, take a leap of faith and trust that the dollar you’re giving is going towards helping others. It’s the same ask that the homeless individual is making. It’s the same ask I made on Sixth and Lamar. It’s the same ask that’s being made by each of the highest grossing nonprofits in the country.

The next time you’re in your car at a red light and you see that panhandler sitting on his corner and holding out a ratty sign, give him the respect of understanding that asking for help is nothing to be ashamed of. I am now as humbled by the act of asking as I am by the generosity of giving because neither act is easy to do. I ask that you allow this simple yet powerful mantra to guide you when you embody the role of a fundraiser or a donor in the future: be humble in your ask, be gracious in your giving, and always let the message speak for itself.

Yijiao Zhuang is currently working with United Way of Metropolitan Dallas and the Pursuant Group on improving the nonprofit sector in the Dallas community and nationwide. Her focus and interests center on nonprofit fundraising, constituent relationship management, marketing and development.