According to a new report from the nonprofit Death Penalty Information Center (DPIC), 28 people were executed in the U.S. in 2015. The last time the number of executions was this low was in 1991, when there were 14 executions. The nation at that time was in a very different period of its history: Bill Clinton had not yet occupied the Oval Office, the national crime rate was at its peak, and this author had just been born.

The DPIC report notes that there were 35 executions last year, and 39 in 2013, continuing a downward trend since 2009, when there were 52 executions. The report also notes an ongoing decline in the number of death sentences being handed out—only 49 this year—down 33 percent from last year and far below the peak of 315 in 1996.

“The use of the death penalty is becoming increasingly rare and increasingly isolated in the United States,” wrote DPIC executive director Robert Dunham in the report. “These are not just annual blips in statistics, but reflect a broad change in attitudes about capital punishment across the country.”

The most noticeable declines in executions and death sentences have occurred in some of the states that have been the most frequent users of the death penalty. Florida, Missouri, and Oklahoma all saw a decline in executions, while Texas and Georgia saw a small increase. Only six states (Texas, Missouri, Georgia, Florida, Oklahoma, and Virginia) conducted executions in 2015, the lowest in 27 years. Along with the decline, Connecticut and Nebraska joined the 17 other states that have outlawed capital punishment. Six death-row inmates were also exonerated in 2015, who collectively served more than a century in prison.

The fewer death sentences and executions accompanies a shift in public opinion. The DPIC report cites polls indicating that the majority of Americans still support capital punishment in the abstract (56 or 61 percent, according to polls by Gallup and the Pew Research Center), but opposition to the death penalty is at its highest since 1972, when a Gallup poll was conducted four years before capital punishment restarted after a lengthy hiatus.

These downward trends increase pressure on the Supreme Court to revisit the constitutionality of the death penalty. The public has seen an increased number of exonerations in recent years, and media outlets have revealed numerous errors in the nation’s criminal justice system. The media has also widely reported many problems in how the death penalty is carried out, including the continued delaying of Richard Glossip’s execution because of constitutionality questions surrounding Oklahoma’s cocktail of lethal drugs. — Shafaq Hasan 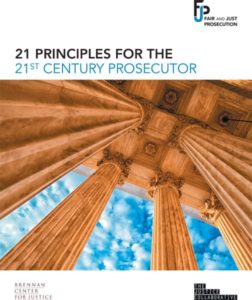 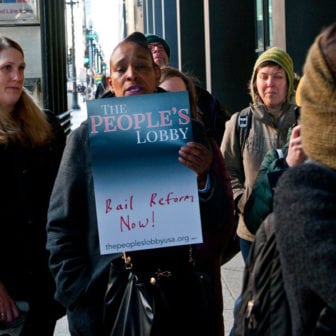