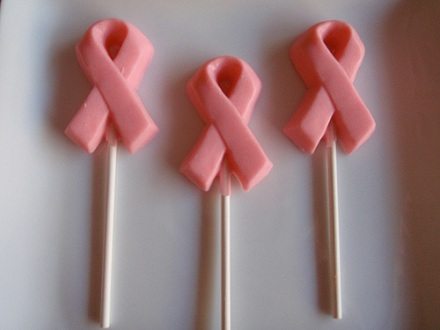 This AlterNet article by San Francisco-based writer Brittany Shoot hones in on the corporate side of pink ribbon campaigns, suggesting that some corporations are using the campaign for “pink-washing” their public images. The NPQ Newswire covered similar criticism of the pink ribbon anti-cancer campaigns raised by an activist group in Canada. Here are five of Shoot’s examples of objectionable corporate pink-washing:

#2: How many sugar-laden foods are produced by pink ribbon corporate sponsors? Is there anything to prevent a junk food producer from slapping a pink ribbon on its obesity-stimulating, sugar-intensive products? Anyone can do it. One of our favorite examples is Crumbs Bake Shop’s pink ribbon cupcakes, a pink-filled vanilla cupcake with vanilla cream cheese frosting, and a sprinkling of sugar beneath a sugar pink ribbon. From the $4.50 cupcake cost, Crumbs will donate $1 to the National Breast Cancer Coalition. While the cancer donations provide assistance, how many cancers in the U.S. result from Americans overeating products seeped in sugar and corn syrup?

#3: It’s no surprise that cosmetic companies that market largely to women choose to latch on to the pink ribbon campaign. Shoot identifies Procter and Gamble, which makes CoverGirl, Max Factor, and Pantene, as unwilling (unlike Johnson & Johnson) to rid its products of what she calls the “toxic trio” of parabens, formaldehyde, and phthalates, which she describes as carcinogens and toxins. P&G reportedly won’t nix the trio, but will donate $1 to the National Breast Cancer Foundation for breast exam pledges made by Facebook users.

#4: It’s impossible to miss the pink theme at National Football League (NFL) stadiums, especially the pink worn by players and coaches. It is a visible statement meant to be seen as pro-women by the sport, but Shoot quotes Maura Kelly from the New York Daily News, who says, “It’s hard to take this over-the-top effort seriously, given that the NFL sure doesn’t have a reputation for being terribly concerned about women—or their bodies.” Player and former players with domestic and sexual assault accusations and in some cases convictions are, despite fines and other raps on the knuckles, often still accepted and even lauded by the League.

#5: Shoot joins many critics in decrying the toxic chemicals in plastic products, particularly the environmentally harmful but nearly ubiquitous plastic water bottles, unnecessary due to the free availability of drinking water from the tap. She cites the partnership of Susan G. Komen for the Cure with LaCroix Sparkling Water and Evian, noting that neither of the bottled water companies is willing to address the level of safety or danger associated with its plastic packaging.

Do you think Shoot is being picayune and unrealistic about whether breast cancer charities should eschew deals with the corporations behind Progresso, Pantene, and professional football? Or is she on target in her criticism about the breast cancer charity world potentially providing pink ribbon cover to corporations whose products and practices might actually harm women?—Rick Cohen