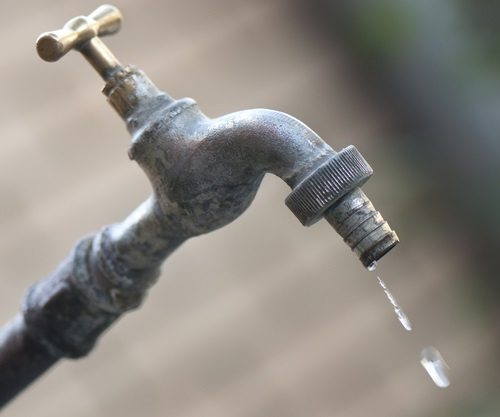 NPQ wrote about their efforts based on a blog posting by Lucy Bernholz raising questions about the project. Sakita Holley, the founder of a “lifestyle and PR branding” firm called House of Success and listed as a member of the Detroit Water Project team, wrote to us suggesting that our article contained inaccuracies, though after some back and forth, it became clear that she was referring to Bernholz’s questions, not any assertions of fact that we made. In addition to Holley’s comments on our article, the Detroit Water Project also responded to Bernholz, who ran a full accounting of their responses to her questions, which we reprint here:

1.    ​You mention in the privacy section that Detroit Water might identify residents. How likely is this, how would it happen, has it happened?

Tiffani and I have gone through the payment process several times and have not had names revealed. The information presented on the DWSD’s site is not under our control. We collect names as a part of the submission process to get assistance and have each resident indicate whether we can give their names to the donor or not. As of yet we haven’t released any names, and information collected and stored by us will not be released without the permission of the resident or the donor.

2.    ​What kind of permission did you need to get from Detroit Water Auth to use this info? How did you get the info?

We did not get permission from the Detroit Water and Sewage Department. The website has several channels for entry and one of those is simply an account number. Residents are providing us with their account numbers, phone numbers, address and amount owed, which is what we need to verify that they are actually in need of assistance. We then pass along the account number to the donor who makes a payment directly to the DWSD on the resident’s behalf.

3.    ​Are residents opting in or opting out of this? Who is deciding and how are they deciding who’s bills get paid?

​Residents are opting in. Tiffani, myself, and a team of volunteers have been manually matching donors to accounts. As we iterate and demand grows, we are adding in rigor for determining who is prioritized for help. For example, we now have a check box for people who are over 65. Other guidelines include “must have a past due balance,” “must be residential and not commercial,” “account must have activity in terms of use.” At this point we have enough donors that we aren’t having to deny one account over the other, just that it meets our standards for assistance. This is subject to change.

4.    Where is transaction data being stored? How secure is it?

The transactions take place on the DWSD website. So the level of security is that as expected for a site that processes payments. We do not collect payments or payment information.

5.    ​Is CFA involved in this (one of the founders has a CFA email address)? Did you create this totally on your own? Others who helped? How long did it take?

This is not a Code for America project. The idea and iterations of the site and our processes were created by Tiffani and I. It took us a weekend to get it up and running. We are constantly iterating as needed, and on the brink of having everything automated via algorithms written by Tiffani.

In her email to us, Holley added, “Kristy Tillman and Tiffani Bell do not receive a dime of donor money, which makes this different than a traditional crowdfunding campaign, where you’d have to wait until all of the money was raised or collected before you could disperse it, or a traditional nonprofit arrangement, where a percentage of money donated goes to administrative fees and other expenses.”

It’s not only not a crowdfunding campaign, but Bell told Watson that the Detroit Water Project is clearly and intentionally not a nonprofit:

“The fact that we are of an ambiguous form factor is working to our advantage. A lot of people are happy to give, for example, because they realize we’re not a nonprofit or charity where a portion of their donation goes to administrative fees. Every last confirmed payment goes directly to the water company. Donors appreciate that accountability and transparency. Transparency IS missing from traditional nonprofit models. On top of that, because we’re not your traditional nonprofit or organization, everything about how we operate is extremely nimble and lightweight.”

It’s clear that Bell and Tillman—and presumably team members like Holley, too—are well intentioned in their desire to help Detroiters facing potential water shutoffs. However, Bell’s statement presents an odd and troubling view of nonprofits, which offer more legally mandated accountability and transparency as federally and state regulated entities than an effort that has no specific regulated organizational structure and no mechanisms for third-party oversight. However, given that a creative young internet entrepreneur like Bell believes that “transparency IS missing from traditional nonprofit models” and that administrative overhead is something to be avoided rather than recognized as an essential and legitimate cost of operations, the Detroit Water Project’s belief that its “ambiguous form factor” is superior to a 501(c)(3) nonprofit suggests that the nonprofit sector has a messaging challenge on its hands.—Rick Cohen